Nobody does synergy better (or at least more) than Disney. On May 4, ESPN will air a special “Star Wars”-themed MLB broadcast of a game between the New York Yankees and Houston Astros.

For the MLB fans who are not also fans of a galaxy far, far away, that date is known as “Star Wars Day” because of the wordplay of “May the Fourth” that sounds very similar to “May the force be with you,” a well-known phrase in “Star Wars” lore.

For the broadcast, ESPN will have its on-air commentators dressed in full costumes: Karl Ravech (play-by-play) as Luke Skywalker, Tim Kurkjian (analyst) as Yoda and Eduardo Perez (analyst) as Poe Dameron. Ravech and Kurkjian will be in ESPN’s Bristol, Conn., studios, while Perez will be at his home in Miami. 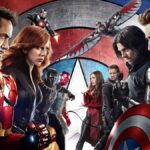 Reporter Marly Rivera will report from Yankee Stadium to capture anything being done in-stadium to celebrate “Star Wars,” and the broadcast will also feature custom animation and graphics.

“Star Wars” is not the only Disney-owned entertainment property that ESPN is partnering with next week. The network is also teaming up with Marvel for a special edition NBA game between the Golden State Warriors and the New Orleans Pelicans on May 3 that will feature an “Avengers”-themed storyline.

Dubbed “NBA Special Edition Presented by State Farm: Marvel’s Arena of Heroes,” the special edition game will be broadcast on ESPN2, ESPN+ and ESPN Deportes, with the traditional game telecast on ESPN.