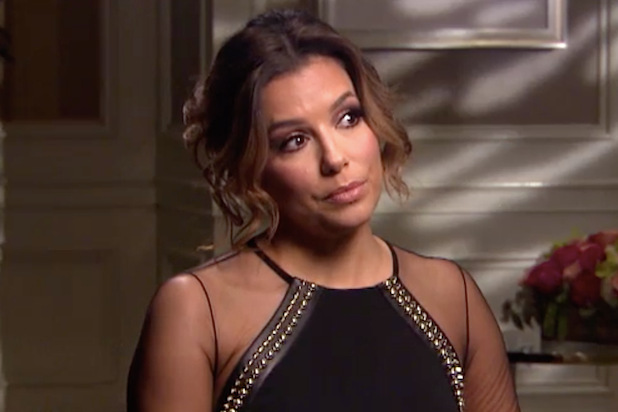 Eva Longoria is set to return to TV in a Fox comedy pilot called “Type-A,” which follows the adventures of consultants who have to fire people.

Longoria will star as Axler, who is described by 20th Century Fox as an “ambitious, brutally honest consultant who is at war with her inner ‘nice girl.'”

The consultants in the show are tasked with downsizing and laying off people at companies, a brutal job similar to the one depicted in the 2009 George Clooney film “Up in the Air.”

Marino will play “Garland,” who is described as a “shark” and Axler’s ex-boyfriend. Richter will play “Luderman,” who is said to make “Machiavelli look like a sweetheart.” Bornheimer will play Ben, an Army veteran with one leg who is the “moral compass” of the office. Finally, Harris will play “Carson,” an intimidating security chief with a soft spot.

A 20th Century Fox spokesperson told TheWrap there will also be an additional female cast member, but she has yet to be hired on.

Longoria will be guest-starring this season on “Empire,” where she’ll be playing Charlotte Frost, the director of the state gaming commission that can ruin Lucious’ dreams of expanding his, ahem, empire.

Before Negan, plenty of shows left viewers desperate for more

Cliffhangers have tortured viewers since long before Negan killed someone on "The Walking Dead" -- and made us wait months to find out who died. Here are some of the best cliffhangers in TV history.