Most tech-heads are loving the new iPhone X.

Reviewers are falling over themselves to tout Apple’s latest flagship device, which went on pre-sale last week and is set to drop on Nov. 3.

And with the phone coming in at a cool $999 and sporting some major changes — the exiling of the classic home button, the biggest display in iPhone history and facial recognition software, for starters — there was plenty for reviewers to touch on.

Starting with the design, CNBC’s Todd Haselton said that the “iPhone X hardware is the best I’ve ever seen Apple make.” He added the device “feels like a $1,000 phone,” which is nice to know, since it is a $1,000 phone.

Mashable’s Lance Ulanoff raved about the “stunning” 5.8-inch screen that covers the entire front-facing surface of the phone, calling it it “the best iPhone display I have ever seen.”

James Titcomb of The Telegraph echoed that sentiment, saying, “From the moment you pick it up, it’s the screen that pops out at you.”

Buzzfeed’s Nicole Nguyen noted “more software bugs than usual” in the latest iOS update and said the “phone isn’t for everyone.” Nevertheless, its bright, easy-to-read display and nifty facial ID security made it a “damn good phone.”

And this is how most reviewers felt. The Evening Standard called it the “best iPhone yet.” Same for The Verge, saying its “clearly the best iPhone ever made.” In his initial diagnosis, Business Insider’s Steve Kovach said the device “gives a great first impression.”

How about facial recognition, though? Let’s get into it. Apple’s new security system — which projects thousands of invisible light beams to a user’s face to unlock — seems to be, for the most part, performing above expectations. TechCrunch’s Matthew Panzarino said “at several points, the unlock procedure worked so well in pitch black or at weird angles that I laughed out loud.”

Facial ID’s ability to work in the dark wasn’t lost on Gizmodo’s Alex Cranz. “Best yet, it works totally well even in situations when you would expect a facial recognition system to definitely fail,” said Cranz. “Trying to open my phone in pitch black room or after whipping my glasses off my face? No problem!”

That’s a relief. But it wasn’t all gravy, all the time. Light, rather than darkness, seemed to throw off The Verge’s Nilay Patel as he tried to open his device.

“I took a walk outside our NYC office in bright sunlight, and Face ID definitely had issues recognizing my face consistently while I was moving until I went into shade or brought the phone much closer to my face than usual,” said Patel. “I also went to the deli across the street, which has a wide variety of lights inside, including a bunch of overhead florescent strips, and Face ID also got significantly more inconsistent.”

And hopefully you don’t have a nefarious sibling running around, because identical twins had a decent chance of fooling facial ID, according to several tests.

Other than that, the reviewers seem to be telling you to enter full “Futurama” mode for the latest, greatest iPhone. 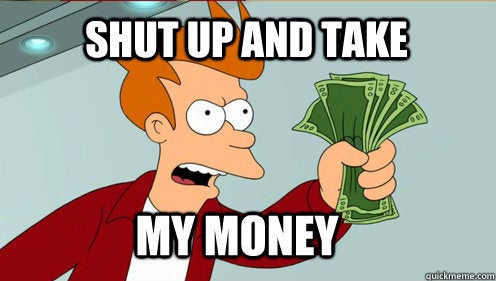 TheWrap will remain neutral, of course.