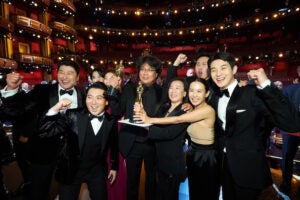 Oscars Academy Nails Diversity Goals for Membership, Eligibility Rules Could Be Next

”Most boycotts fail. But this one is different,“ Wharton Professor Maurice Schweitzer says

In its eight years as a public company, Facebook has weathered its fair share of storms. But a growing ad boycott, dubbed the #StopHateForProfit campaign, might be the toughest one yet for the social media giant and CEO Mark Zuckerberg.

Led by civil rights groups like the NAACP and the Anti-Defamation League in response to Facebook’s moderation policies, dozens of major companies have already joined the boycott, including Honda, Levi Strauss, Pfizer and Unilever. Other major companies like Adidas and Microsoft — Facebook’s third biggest advertiser last year — have also paused advertising on Facebook, without formally joining the #StopHateForProfit movement. Zuckerberg, looking to quell concerns over incendiary posts and ads, has agreed to meet with the civil rights groups leading the boycott, Facebook said on Wednesday.

This isn’t the first high-profile corporate boycott. Nike has been called out in the past for its working conditions in Vietnam; PETA led a boycott of KFC for its treatment of animals; and BP faced a boycott after its 2010 oil spill in the Gulf of Mexico, just to name a few.

The difference with the Facebook ad boycott, however, is that it is led by other large corporations and not spearheaded from the ground-up as many have been in the past. This is due to a surge in “corporate activism,” where companies feel they need to be “moral and ethical leaders” to appeal to customers, according to Maurice Schweitzer, a professor at the Wharton School of Business at the University of Pennsylvania. He pointed to the widespread adoption of Juneteenth as a paid day-off as a recent example of this movement, where companies take account of the national conversation and look to adjust accordingly.

“This is something Facebook should be concerned about,” Schweitzer told TheWrap. “In the broader context, most boycotts fail. But this one is different, and it’s different because of its scale and the speed with which it’s affected so many companies already.”

For a company that brought in $70.7 billion in revenue last year, nearly all from ad revenue, that is alarming.

Also Read: Donald Trump and Mark Zuckerberg's Bromance and Our Illusion of Democracy

“The reason these [past] boycotts have failed is because they don’t excite a broad swath of the population. And people, if they change behavior at all, tend to go back to their regular behavior,” Schweitzer added. “What’s different here is it’s companies. They can pull a big lever. And it’s not just an isolated company or two, it’s dozens of companies. We’re at a different moment in time. It’s a new era.”

Investors took notice last week, with Facebook’s stock price dropping from $242 per share to $216 per share in only a few days. (Facebook shares have started to bounce back this week, with the company trading at $230 per share on Wednesday morning.)

Facebook took notice last week, too. Zuckerberg announced that Facebook would take a more hands-on approach to moderating political ads and posts, including adding notifications to “newsworthy” posts that otherwise break company rules. Facebook will also be more proactive in taking down “hate speech,” Zuckerberg said, including banning ads claiming specific ethnic groups, genders, sexual orientations or immigrants are a threat to others.

“I am committed to making sure Facebook remains a place where people can use their voice to discuss important issues,” Zuckerberg said. “But I also stand against hate or anything that incites violence or suppresses voting, and we’re committed to removing that content too, no matter where it comes from.”

The new rules were a clear response to the #StopHateForProfit campaign, although many have complained Facebook still has not gone far enough to address hate speech. It’s worth pointing out some of the campaign’s demands of Facebook are vague, such as its call for “common sense” policy changes to “stem radicalization and hate.” Other demands would be major undertakings, including the campaign’s call for Facebook to make a company employee available at any time for users facing “severe hate and harassment.”

Conspicuously, none of the companies that have pledged support for the campaign have been offended enough by Facebook’s moderation policies to actually ditch their company Facebook pages — and the millions of followers that come with them. A charitable reading is that these companies want to give Facebook an opportunity to right the ship, while a cynic may see this as an opportunity for companies already planning on curtailing their ad spend due to COVID-19 to do so under the cover of corporate activism.

Zuckerberg’s Friday announcement was also a counter to complaints in the last month Facebook hasn’t done enough to moderate President Trump’s posts. Many on the left unfavorably compared Facebook to Twitter, which has added fact check notifications and warning labels to a number of the president’s recent tweets.

One sign Facebook is feeling the heat from a business standpoint is that Zuckerberg’s comments were a departure from his usual stance on free speech and tech moderation. Overall, compared to other tech leaders, Zuckerberg has been more inclined to let politicians say what they want without having Facebook add qualifiers or notifications to their posts.

“I just believe strongly that Facebook shouldn’t be the arbiter of truth of everything that people say online,” Zuckerberg told Fox News earlier this year. “Private companies probably shouldn’t be, especially these platform companies, shouldn’t be in the position of doing that.”

Why the change of tune? Well, there’s a lot of money at stake, for one thing. An estimate of 31 companies boycotting Facebook ads, at least through the end of July, shows they spent a combined $344.1 million on Facebook ads last year, according to data provided by Pathmatics. That’s not including Microsoft, which spent $116 million in 2019, or several other companies that have stopped placing ads on Facebook and Instagram. By making policy changes now, Facebook hopes, it will eventually lead to companies quietly rejoining the fold after July.

Still, the boycott doesn’t mean Facebook is on the verge of becoming a modern-day Myspace, once one of the world’s most popular websites that ultimately faded into obscurity. About three-quarters of Facebook’s advertising stems from small and medium-sized businesses, and there hasn’t been much indication they’re jumping ship over the company’s moderation policies. Facebook has more than 2 billion daily users and the ability to pinpoint which users ads will hit — two factors that will always be appealing to advertisers.

“To be sure, the list of advertisers pulling Facebook spend (and increasingly, all social media, often including Twitter and YouTube) for the month of July is growing. However, with Facebook sporting 8 million+ advertisers and many direct response advertisers willing to spend more in ad auctions when others step away, we don’t expect the revenue impact to be material at this stage,” BMO analyst Daniel Salmon told clients in a note last weekend. “But with Facebook’s latest changes announced Friday being met with calls for more still, the issue should continue to be monitored.”

Will Facebook’s recent changes be enough to win back a healthy share of the companies currently boycotting it?