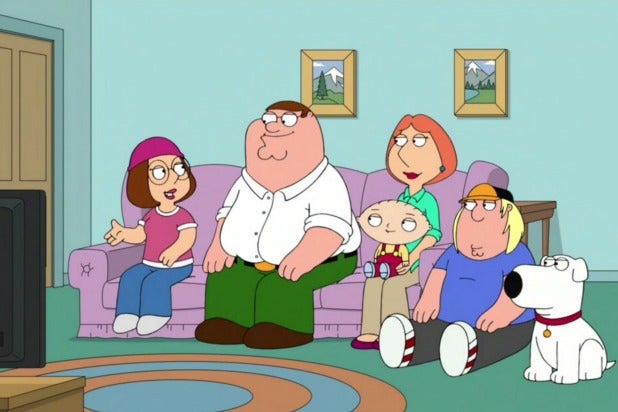 Fox’s “Family Guy” made a quick appearance at the 2019 Emmys with an animated short mocking the ceremony for past winners Roseanne Barr and Bill Cosby.

In the short, which aired right after the end of the second commercial break, the entire Griffin family sits watching the Emmys. Meg (Mila Kunis) remarks how excited she is to be watching the Emmys, prompting Peter (Seth MacFarlane) to say he remembers when the Emmys went to the best and brightest in TV.

“Who will be this year’s Bill Cosby and Roseanne?” Peter says, to end the gag.

Cosby is currently serving three-to-ten years after being convicted of aggravated indecent assault, and Roseanne Barr was fired from the revival of her show “Roseanne” following several tweets criticized as racist.

The skit only featured the voices of cast members MacFarlane and Kunis, but at least one other cast member still made an appearance during the ceremony: Alex Borstein, the voice of Lois Griffin, who won her second Outstanding Supporting Actress in a Comedy Series in a row for her work on “The Marvelous Mrs. Maisel.”