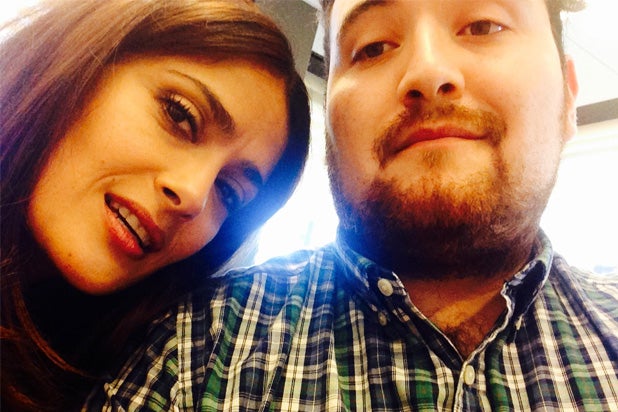 Sometimes when it comes to social justice issues it might be difficult for people to care for a cause when they don’t know anyone directly affected by it. It might become an abstraction, and though we can understand the difficulties and suffering of others, these issues can seem distant.

Today I want to ask for your help in fighting for my right to live and work in this country, as well as that of more than 800,000 young people. I’m a DACA recipient. I’m a DREAMer. Deferred Action for Childhood Arrivals is a program that President Barack Obama implemented in 2012 to give undocumented young people who came to this country as children and teens a chance to work legally and live without fear of deportation.

This is one of the most difficult things I’ve ever had to share. I hope you won’t fault me for being unprofessional or too emotional. Though I’m fearful to share this publicly, I know that being silent is the worst thing I can do right now.

For a long time and because of fear, I’ve never discussed my immigration status openly. I’ve been afraid that my colleagues and friends would see me differently or that opportunities would fade way if people found out. Thanks to DACA, I’ve been able to make a career as a freelance film journalist, a screenplay reader and a festival screener. I’ve been able to work legally, to travel within the U.S., and to live more of a normal life.

DACA is not amnesty, even if that’s the word some people in the Trump administration like to use to mislead public opinion. It offers NO path to U.S. citizenship or to becoming a permanent resident. It also doesn’t allow me to travel abroad freely.

I’ve had to reject countless invitations to attend international festivals and events because of my status. I always find myself in the embarrassing and sad position of explaining to people why I can’t attend the Toronto Film Festival or Cannes or cover an event overseas. Perhaps in another line of work this might not be imperative, but in the path I’ve chosen it’s a constant reminder that there are still limitations to my dreams.

But if it weren’t for DACA I would still be in the shadows and wouldn’t be able to do half the things I’m able to do now.

Let me tell you about my life before DACA. I came to the U.S. when I was in my early teens. I grew up in a working-class neighborhood in Mexico City to a poor family. We had very limited resources, there was never enough money for basic necessities, and unfortunately we also confronted both alcoholism and domestic abuse. I guess you don’t realize how poor your family is until you have even just a little bit more. I was always a good student and I always loved movies — more than anything. And though my mom would never tell me that dreaming of a career in film was unrealistic, I knew that it was unlikely for someone like me to aspire to that.

When I finished middle school, my parents knew that it would be very difficult for them to help me get any more education. Financially it wasn’t a possibility to support my brother and help me go to high school, much less any further. My aunt in Los Angeles offered to bring me, take me in and at least put me through high school. Perhaps my mother also did it to take me out of the domestic abuse situation we lived in. I thank her, as I know it was also very difficult for her.

I moved to L.A. knowing that it would be years before I would get to see my mom or my younger brother again. I didn’t speak a word of English back then.

I started high school soon after. I worked hard to learn English and within a year I went through all ESL levels and I was placed in English-only classes. I went to a mostly Latino high school but even there people made fun of my accent and the fact that I was an immigrant. A couple years later I started working at a fast-food place, the only job anyone in my situation could get in the city. I worked there for seven years, right until the very day my DACA application was approved. I would probably still be there if it wasn’t for DACA. It’s an honest job, but not where my dreams are.

I graduated high school with a 4.0 GPA, I was Salutatorian in a class of 1,000 kids and I had made short films that won awards at local festivals. I worked five days a week after school and until 2 or 3 in the morning throughout high school. Even as irrational as it was at that point, I never gave up thinking that one day I could work in film.

I got accepted into Cal Arts and Chapman for their film production programs, but I couldn’t attend either because I didn’t qualify for financial aid or loans. Still, I knew that a community college in Pasadena offered a little film program. The college was way closer to home, but I wanted to study film even if it was at a community college far away. I took the bus everyday to Pasadena from Cudahy in South L.A., went to work in the fast-food place till late at night and then came home to do homework.

Also Read: Mark Zuckerberg and Tech Giants Call on Trump to Preserve DACA: 'I Stand With the Dreamers'

I paid for every single class I ever took at Pasadena City College. I’m not special in this regard. Most young people in my situation know similar struggles. I don’t know what force in me told me anything I was doing made any sense, but I kept on.

See, for people in my situation there is no guarantee that you’ll ever get a job even if you study hard. We go to school and we persevere while living in uncertainty.

I’m not fearless. Through the years I’ve experienced lots of anxiety and terrible sadness wondering if anything I was doing was worth it. I didn’t see my brother for nearly 10 years. By the time he was able to get a visa to visit me he was a grown-up. That has been difficult to say the least. My grandmother, whom I adored, died when I was in my late teens and I couldn’t attend her funeral. Still, I kept telling myself this was my only chance for a better future.

DACA was approved the same month I graduated from Pasadena City College with an AA. At that point I was already writing a personal blog about movies and I had worked on some more short films. I got an internship at Strand Releasing. It was a dream. It was an unpaid internship, but one of the experiences to which I owe most of my successes. That led into an internship at the Sundance Institute.

A kid from a poor Mexican neighborhood without a college degree from a fancy school became an intern at Sundance. It was one of the most incredible days of my life. During that time I wrote for many film outlets and started going to festivals, doing interviews and writing more consistently.

One day, Sydney Levine, a well-know figure in the film business, read one of my articles and invited me to write on her blog on IndieWire. Then came the life-changing shot of being part of the first class of Roger Ebert Fellows and attend the Sundance Film Festival. And from that moment on I’ve worked and worked relentlessly. I have been flawed many times, but always thankful.

Along the way there have been countless amazing people who have supported me and continue to believe in me. These people saw something in me beyond my background and my circumstances. These incredible, generous, loving and talented people changed my life and to all of them I’m beyond thankful. I owe you all so much.

In the five years since DACA was approved, I’ve written for publications that I read and admired for years, I’ve seen my name on movie posters, on trailer, and in magazines. I’ve attended numerous festivals, interviewed personal heroes (like Salma Hayek and Pedro Almodóvar) and done more than I ever would have thought possible.

I hope you will consider that perhaps I deserve the chance to keep working and doing what I truly love in this country. Following Trump’s announcement, I have to keep hope that even if DACA ends, DREAMers won’t be abandoned.

There is something that runs through the core of every DACA recipient: We are DREAMers and dreamers. Dreamers who have believed in the possibility of living and working in this country even on days like today when there is nothing tangible for us. We have persevered while knowing that our fates are unknown. We get college degrees despite tremendous adversity. We’ve work hard every day, many times in jobs that are not what we aspire to. And we prepare and make plans for a future that might not exist.

Still, we walk in sheer faith so that one day this country shifts its course and we can find ourselves fully out of the shadows. We carry on armed with the strength provided by our loved ones and by the people out there who see us as individuals beyond a document. We know that giving up has never been an option. There are too many people who have sacrificed so much for us to succeed.

Please help me fight for this chance. Help me fight to protect DACA by speaking out and calling your representatives. I promise you that DACA recipients don’t want a free ride. We’ve never asked for that — all we want is a chance to keep contributing to this country in every field, including film.

Originally from Mexico City, Carlos Aguilar was chosen as one of six young film critics to participate in the first Roger Ebert Fellowship organized by the Sundance Institute and IndieWire in 2014. Aguilar's work has appeared in publications such as IndieWire, MovieMaker Magazine, Filmmaker Magazine, Variety Latino, Americas Quarterly, Remezcla, among others. Besides his work in journalism, Aguilar regularly works as a screener for the Sundance Film Festival and a screenplay reader for Sundance's Screenwriters Lab. In the spring of 2016, Aguilar was selected as one of the participants in Hola Mexico Film Festival's first Tomorrow's Filmmakers Today program, which focused on exposing young Latino talent to industry professionals and mentors. He was invited to serve on the jury at the 2017 Palm Springs International Film Festival in the Cine Latino section. Aguilar currently co-hosts "One Week Only," a weekly podcast highlighting independent and international cinema.
KEEP READING..