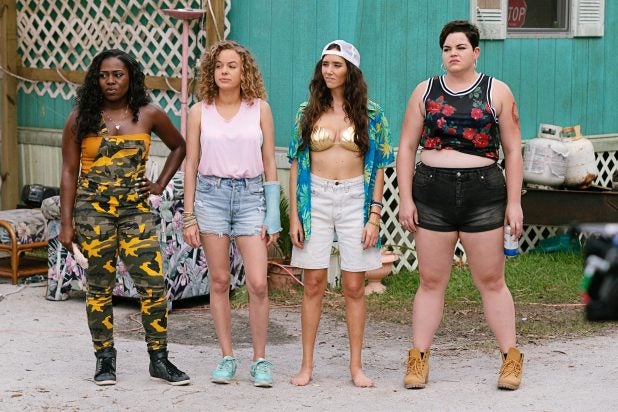 “Florida Girls” has been renewed for a second season by Pop TV, the cable channel said on Thursday.

The “unapologetically bold comedy,” which debuted in July, is inspired by the life of creator and star Laura Chinn (“The Mick”) and centers on “four friends who are making the most out of life while living below the poverty line in Clearwater, Fla.”

“Whether getting your GED, throwing an epic Island party or dealing with an unruly customer on the job at Barnacles, the women of ‘Florida Girls’ showed us that you don’t need a lot of money to have fun and feel good about yourself. Just some great, loyal friends,” Justin Rosenblatt, executive vice president of original programming and development at Pop TV, said. “We’re thrilled this series struck such a chord with our audience. Laura Chinn has created an honest show that mixes smart social commentary with hard comedy, and we couldn’t be more excited to see how she, Melanie, Patty and Laci evolve in season two.”

The first season is available to stream on Pop TV’s app, PopNow, at POPTV.com, and via cable and satellite video on demand.