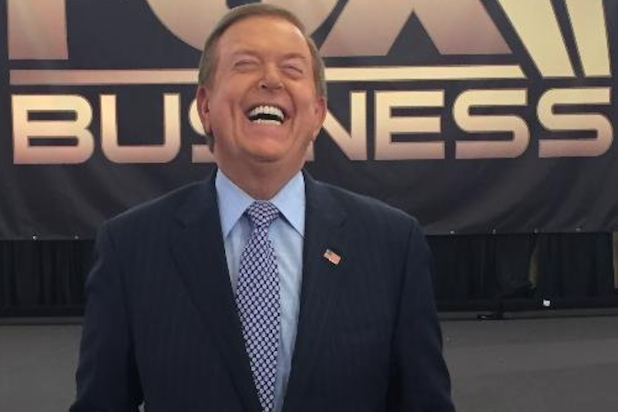 Fox Business host Lou Dobbs on Thursday tweeted — and then deleted — a suggestion that the suspicious packages containing pipe bombs sent to CNN and prominent Democrats this week were “Fake News–Fake Bombs.”

“Who could possibly benefit by so much fakery?” he added in the now-deleted tweet.

Dobbs later deleted a second tweet offering much the same commentary: “Fake News has just successfully changed the narrative from the onslaught of illegal immigrants and broken border security to ‘suspicious packages,'” he wrote.

He added, using his derogatory “Dimms” term for Democrats, “Let’s get back to the Left-Wing driven Caravans and the Dimms who encourage them!”

A third (and perhaps final) iteration of the tweet emerged shortly after 11 a.m. Thursday, which remains live as of this writing.

“On Lou Dobbs Tonight I’ll take up why FBI and ATF hasn’t informed the public about contents of “suspicious packages”: whether hoax or bombs, they were clearly designed to influence election. Why?” he said.

On Lou Dobbs Tonight I'll take up why FBI and ATF hasn't informed the public about contents of "suspicious packages": whether hoax or bombs, they were clearly designed to influence election. Why? #Dobbs

Reps for Fox Business did not immediately respond to a request for comment.

The mail bomb threat was certainly not fake news on Wednesday for employees of CNN, who were forced to evacuate their New York headquarters at the Time Warner Center after a suspicious package arrived addressed to former CIA director John Brennan.

None of the packages have detonated, but authorities continue their investigation.