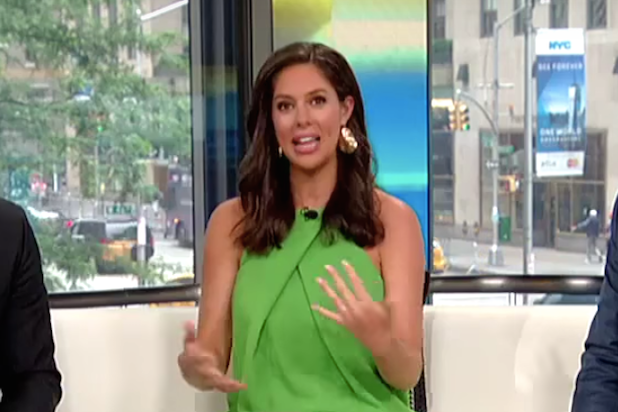 “I do want to point out that earlier — you do know on live TV you sometimes don’t always say things perfectly — I called both President Trump and Kim Jong Un a dictator. I did not mean to say that. My mistake, so I apologize for that.”

Huntsman first made the remarks on the Sunday edition of “Fox & Friends” during the channel’s coverage of President Trump’s arrival in Singapore ahead of his summit with Kim Jong Un on June 12.

“Regardless of what happens in that meeting between the two dictators, what we are seeing right now, this is history,” she told Anthony Scaramucci, breaking away from the former White House communications director’s remarks in order to cover Trump’s descent from Air Force One.

The on-air apology wasn’t quite enough for Huntsman’s critics. The anchor received angry responses on Twitter, and spent most of Sunday retweeting supporters and reiterating her on-air apology.

“Apologized on the show,” she said to one critic. “I’ll never claim to be a perfect human being. We all have slip ups in life, I have many 🙂 now let’s all move on to things that actually matter.”

Apologized on the show. I’ll never claim to be a perfect human being. We all have slip ups in life, I have many 🙂 now let’s all move on to things that actually matter. https://t.co/k2hGjZcHRB

Before moving to Fox in 2015, Huntsman did stints at MSNBC and HuffPost Live. Huntsman is the daughter of former presidential candidate Jon Huntsman, Jr.