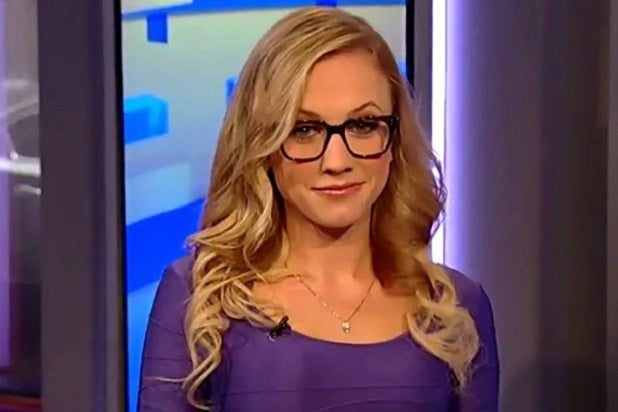 Hopefully the force is with Katherine Timpf — because a lot of people appear to have it out for her.

In an essay for the National Review, Timpf says she cracked wise about “Star Wars” fans, joking, “I have never had any interest in watching space nerds poke each other with their little space nerd sticks, and I’m not going to start now,” as well as,”Yesterday I tweeted something, and all I said was that I wasn’t familiar with Star Wars because I’ve been too busy liking cool things and being attractive.”

According to Timpf, the floodgates of rage opened after a “Star Wars” fan posted a YouTube video firing back at her, which attracted comments such as, “Wouldn’t it be great if she was beaten to death with ‘space nerd sticks.'”

And, “I want to cut that blonde c***’s face off and stick it to a thermal detonator. What a network full of c***s.”

Along with, “those death threaths are approved by me look at that b**** it’s a typical i wear big glasses to look smart but in fact i’m stupid as f*** btwthose glasses used to be only weared by nerds stupid h**.”

Well, at least they were creative in their wishes of death on another person.

In her essay, Timpf refuses to apologize for her “harmless jokes.”

“A lot of people are clearly a lot of upset. But guess what? I’m not apologizing. Why? Because the all-too- knee-jerk reaction of apologizing for harmless jokes after overblown hysteria is ruining our culture,” Timpf wrote. “This political-correctness obsession threatens free speech, and I absolutely refuse to be a part of it.

Timpf did allow, however, that her violent-minded detractors are a minority among “Star Wars” fandom,

“Obviously, the totally insane whackjobs who have been attacking me don’t represent most ‘Star Wars’ fans,” Timpf wrote. “But the fact that so many adults have responded with so much unhinged emotion astounds me.