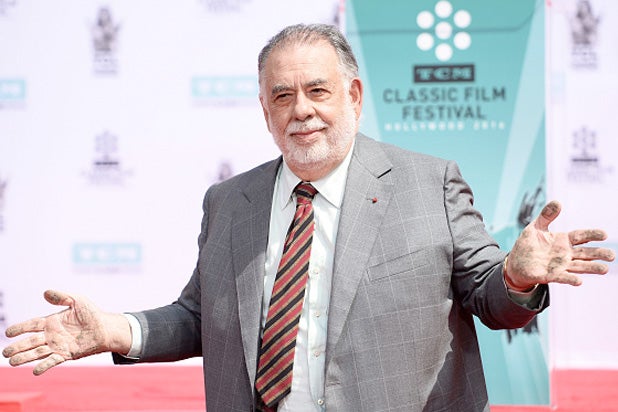 If Marvel fans weren’t happy about Martin Scorsese saying Marvel movies aren’t cinema, they’re really not going to like what Francis Ford Coppola had to say about “Avengers” and its brethren.

“Martin was kind when he said it’s not cinema. He didn’t say it’s despicable, which I just say it is,” Coppola said.

The “Apocalypse Now” filmmaker made those harsh words at a press conference after receiving a lifetime achievement award at the Lumiere Festival in Lyon, France. He is currently working on a utopian drama called “Megalopolis,” which he says would be more expensive than “Apocalypse Now” and be “the biggest budget I ever had to work with.”

“When Martin Scorsese says that the Marvel pictures are not cinema, he’s right because we expect to learn something from cinema, we expect to gain something, some enlightenment, some knowledge, some inspiration,” he said. “I don’t know that anyone gets anything out of seeing the same movie over and over again.”

This isn’t the first time Coppola has spoken against a major blockbuster franchise. In a 2015 interview during the Marrakech International Film Festival, he lamented that George Lucas ended up dedicating his whole career to “Star Wars” rather than smaller films like his early works “THX 1138” and “American Graffiti.”

“I think ‘Star Wars,’ it’s a pity, because George Lucas was a very experimental crazy guy and he got lost in this big production and never got out of it,” he said.

“I still hope that he made so much money out of it that he will just make some little movies. He promises me that he will.”