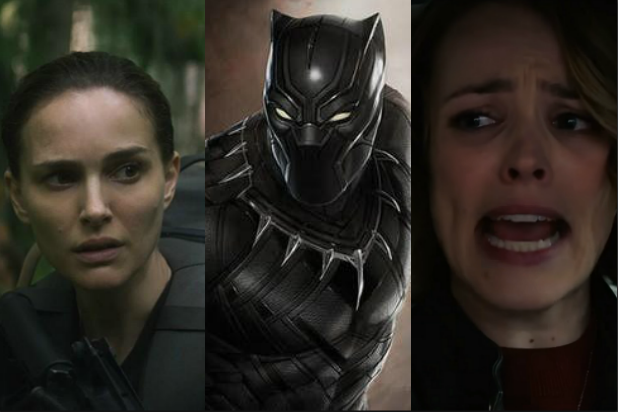 There will be no stopping “Black Panther” as it charges into its second weekend, where it is expected to follow its $201 million opening with a second frame of more than $100 million, likely pushing it past the domestic runs of all of Marvel Studios’ 2017 releases and last year’s highest grossing superhero release, “Wonder Woman.”

In the shadow of this big cultural phenomenon, three new releases will try to find a foothold among moviegoers. Projected to lead this group is Warner Bros./New Line’s murder mystery comedy “Game Night,” which is projected to gross around $17 million this weekend from 3,400 screens, with WB projecting a $12-14 million start.

The film’s cast is led by Jason Bateman, Rachel McAdams, and Kyle Chandler, and follows a group of friends who get together for their weekly game night only to end up caught in an actual murder plot. John Francis Daley and Jonathan Goldstein directed from a script by Mark Perez.

Also releasing this weekend is Paramount’s sci-fi horror film “Annihilation,” which stars Natalie Portman and Jennifer Jason Leigh and is written and directed by “Ex Machina” director Alex Garland. Based on the best-selling 2014 novel by Jeff VanderMeer, the film is tracking for a $10 million opening from 2,000 locations.

Both of these films are trying to buck some negative trends that lasted through 2017. For “Game Night,” the challenge is to stem the losing streak suffered by adult comedies, as films like “Snatched,” “The House,” and “Baywatch” fell flat in theaters last year. Only a precious few in the genre, like Universal’s acclaimed “Girls Trip” and Paramount’s holiday sequel “Daddy’s Home 2,” were able to turn a serious profit.

Meanwhile, “Annihilation” is coming out at a time when Paramount has been struggling at the box office. Aside from the aforementioned “Daddy’s Home 2,” 2017 was a litany of busts for the Melrose studio, scoring its lowest annual gross since the turn of the century with $534.3 million. Paramount’s problems ranged from big budget bombs like “Ghost In The Shell” to ambitious, auteur-driven films like “mother!” which was well-received critically but alienated audiences. “Annihilation” is at risk of falling under the latter category, with its projected opening only reaching a quarter of its production budget of $40 million.

Also Read: 'Black Panther' Will Hit $1 Billion at the Box Office - The Only Question Is When

The good news for both films is that early reviews have been very favorable. As of writing, both “Annihilation” and “Game Night” are hovering at 88 percent on Rotten Tomatoes. “Game Night” is getting praised for landing much of its humor while “Annihilation” is being called a chilling tale with a powerful lead performance by Portman. Still, both new titles will likely struggle to grab moviegoers’ attention a “Black Panther” is expected to crowd much of the space. Their best hope is to turn a profit in later weeks if word-of-mouth picks up.

Also coming out in targeted release is Orion’s romance film “Every Day,” which stars Angourie Rice as a woman who falls in love with a mysterious being called A who inhabits a different body every day. The film will be released on 1,625 screens and is looking at an opening of $2-5 million.