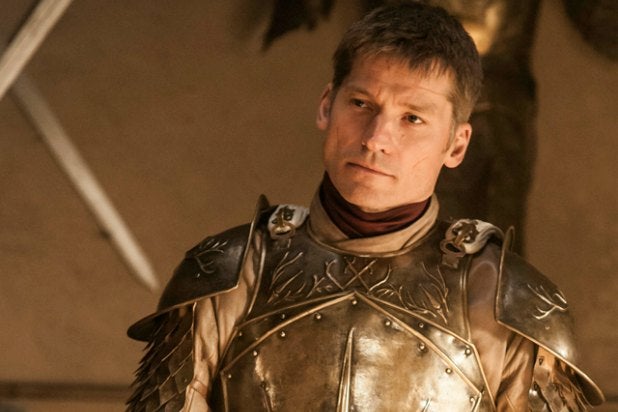 (Spoiler alert: Please do not read ahead unless you’ve watched through the Season 7 finale of “Game of Thrones.”)

Nikolaj Coster-Waldau is just as tight-lipped about the final season of “Game of Thrones” as all his co-stars who have been asked to dish on the last six episodes of the hit HBO fantasy series. So while he couldn’t tell TheWrap pretty much anything about the upcoming Season 8 (because then he’d “get a bunch of angry calls”) he did tease the heck out of the series finale.

And don’t worry, because Coster-Waldau says “all the pieces fit” in the end.

Also Read: 'Westworld' Creators Have Had a Plan for Season 3 Since the Pilot

“I read it, and I wrote [creators] Dan [“D.B.” Weiss] and David [Benioff] and said I don’t think they could have done a better job,” Colster-Waldau — who plays Jaime Lannister — told TheWrap, while discussing his recent Emmy nomination for the role. “I mean, when I read it — I’ve spent so many years working on this and been guessing and trying to figure out how this will end — and when I read it, some of the parts of it I’d get, and other parts of it were just completely shocking and surprising.”

“And it wasn’t, there were none of those horrible — you know shows where it’s a murder mystery and at the very last minute you find out it doesn’t make sense?” he said. “But here all the pieces fit into this massive jigsaw puzzle.”

As for where Jaime’s relationship with his twin sister/lover Cersei (Lena Headey) is going in Season 8, Colster-Waldau isn’t so optimistic after the queen betrayed him in last year’s finale — while supposedly carrying their unborn child. Betrayed as in almost had him killed.

Also Read: 'Game of Thrones' Author Says Why He Kills So Many Characters - It's All J.R.R. Tolkien's Fault (Video)

“His whole life has been about, ‘How can I accommodate my sister? How can I navigate this world so I can be close to her, so I can protect her?'” Coster-Waldau said. “And then the last couple of years, she’s been in constant danger. I mean, he’s tried his best, and he thought, I think, in Season 7 he finally had her complete trust and the fact that she revealed she’d made quite different plans when Euron Greyjoy, that Qyburn is now her closest ally. I think it shocked him.”

“But also more the fact that it didn’t make sense,” he added. “They have a future, potentially another shot at having a child, and she’s willing to risk everything for something to him that just doesn’t make sense. And on top of that, they just gave their word to the world, to everyone. And she just sees this crazy thing tried to kill her … And I think he sees her for a second the way the rest of the world sees her. And it shocked him and also the fact for a second she seemed as if she was ready to have the Mountain kill him — I think it broke his heart.”

After that, there wasn’t much more Coster-Waldau could say, except the final season of “Game of Thrones” — which wrapped production last month — was filled with “a lot of parties and get-togethers” behind the scenes.

“It’s been wonderful to do this last season,” he said. “Almost all of it was shot in Belfast, so that means even though you haven’t been in the same scenes with them [the entire cast], you’ve seen a lot more people.”