“Game of Thones” star Maisie Williams is expanding her digital kingdom to YouTube.

Williams, who plays Arya Stark on HBO’s dragons-and-swords drama, launched her own YouTube channel on Monday, treating fans to a Q&A in celebration of the actress reaching 1 million followers on Twitter.

Essentially interviewing herself, Williams tackles a number of questions in her inaugural video, including whether “Game of Thrones” has ever made her cry; whether she’s had any memorable or embarrassing audition moments (answer: yes!); and what her “Thrones” co-star Sophie Turner smells like.

Williams also tackles the age-old breakfast debate: bagels or muffins? (Warning: The answer might shock you.)

According to Williams, the channel will carry “videos of things that make me laugh” and sketches, posted sporadically.

Watch Williams’ initial step toward YouTube dominance in the video. 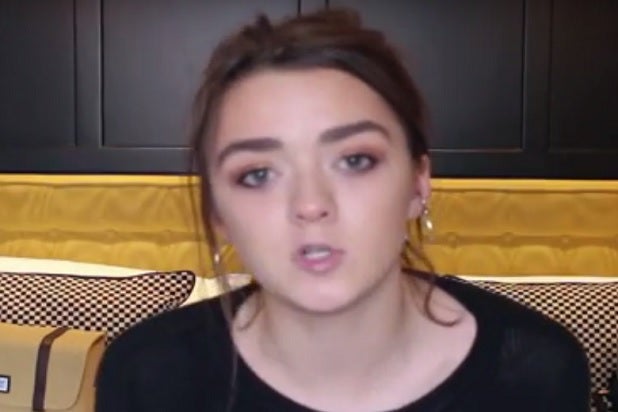