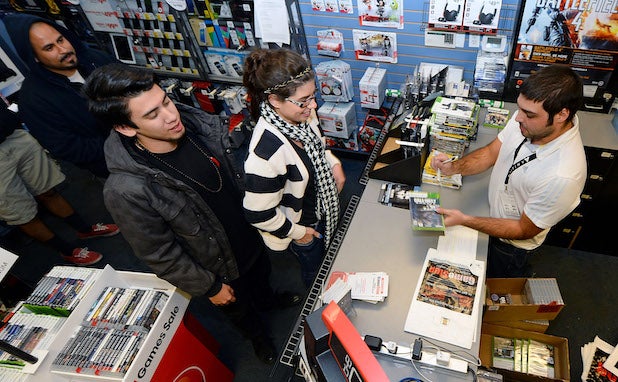 Several top editors at Game Informer, a monthly magazine published by the video game and electronics retailer GameStop, announced that they were laid off on Tuesday.

Editor-in-chief Andy McNamara and managing editor Matt Bertz, along with three other senior and associate editors, all wrote on Twitter that they had been laid off amid a restructuring process taking place company-wide at the retail chain.

GameStop confirmed in a statement that more than 120 corporate staff positions — comprising 14 percent of the company’s associate base — were let go due to the GameStop Reboot initiative that began earlier this month.

“While these changes are difficult, they were necessary to reduce costs and better align the organization with our efforts to optimize the business to meet our future objectives and success factors,” the statement read. “We recognize that this is a difficult day for our company and particularly for those associates impacted. We appreciate their dedication and service to GameStop and are committed to supporting them during this time of transition.”

McNamara wrote in his tweet that he would “address all the issues” at a later time and that he needed to focus his attention the Game Informer staff. “I appreciate all the love. I see it. I feel it,” McNamara said. “I am trying to get things right with my people.”

Game Informer began publishing in 1991 under FuncoLand, a video game retailer that was purchased by Barnes & Noble and renamed GameStop in 2000. According to company press materials, the site receives 4 million monthly unique viewers and had a circulation of 6.8 million in December 2018. The magazine’s masthead shows that at least 19 editors and 19 staffers were employed at the magazine before Tuesday’s layoffs.