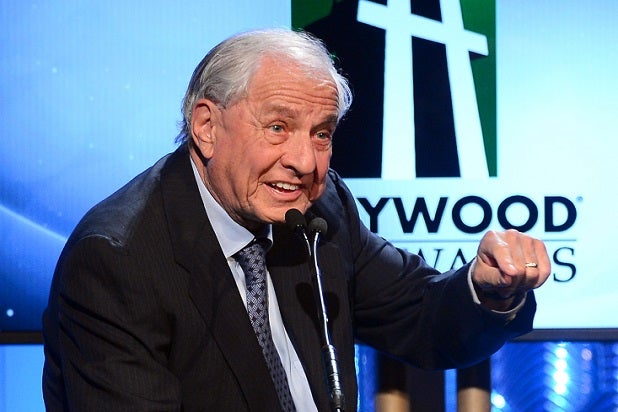 The award will be given at the Writers Guild Awards’ West Coast ceremony, which takes place Feb. 1 at the JW Marriott Los Angeles L.A. Live.

“Garry Marshall‘s filmography – from ‘The Joey Bishop Show’ to ‘Happy Days’ – is a virtual history of American television comedy.  Both of-their-time and timeless, his shows are a gentle, generous, comic mirror held up to late mid-century America,” Keyser said. “And no one is a finer or funnier chronicler of friendship – male or female (or alien) – than Garry Marshall.  Beloved both for his iconic work and the warmth of his spirit, today we rightly place him on the short list of the best of our best.”

A five-time WGA nominee, Marshall won a Writers Guild Award in 1967 for co-writing the “Road to Lebanon” episode of “The Danny Thomas Special.”