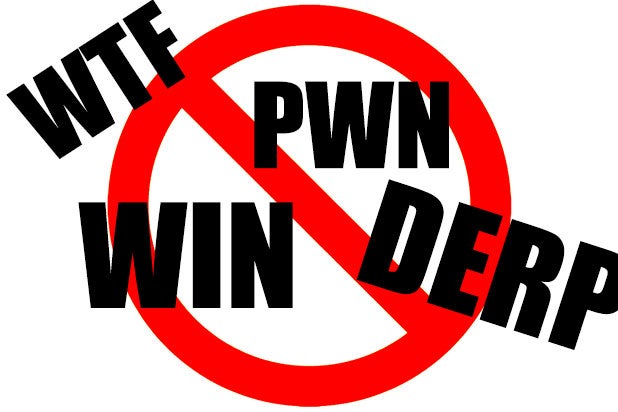 Read told TheWrap the guidelines weren’t inspired by a particular post, “just a general sense that we were slipping.”

He also told TheWrap about how his editorial style will differ from his predecessors. He wanted to emphasize his breezy tone.

The style guide, obtained by Poynter, expressly forbids jargon embraced by websites such as their archrival BuzzFeed and Reddit.

Read recently took over for John Cook in late March.

“As a Libra, I expect my editorial style to rely heavily on peacemaking and unity,” Read said. “(Former editor John Cook) on the other hand is a classic Taurus (stubborn, persistent, reliable), and A.J. (Daulerio) is a Pisces-Aries cusp (bold, loyal, creative). I share some of these qualities, but, as my rising sign is also Libra, I tend to focus more on overall balance and harmony.”

When asked about the bitter rivalry between BuzzFeed and Gawker, Read demurred.

“It’s a big internet,” he said. “There’s room for a lot of different websites.”

I meant to send this out on Monday but forgot. These are my exclamation points.

• Strikethroughs. No more strikethrough tag. It’s HTML styling, and it gets stripped in Google searches, RSS, tweets, through copy-pastes, etc., completely fucking up our meaning, especially in headlines (e.g.: http://gawker.com/5974190/here-is-a-list-of-all-the-assholes-who-own-guns-in-new-york-city)

For corrections, rather than strikethrough, change the wording and link from there to a comment noting the corrected text, as Tom does here: http://gawker.com/thanks-ill-correct-it-and-link-down-to-this-correctio-1554296985.

(While we’re at it I want to note Keenan’s correction here, which is done in the proper spirit and is funny to boot: http://gawker.com/david-brooks-may-not-have-gotten-divorced-after-all-1555282728)

We should strive to make our writing clear and precise even absent any text formatting.

Jokes made using strikethrough are generally not worth saving.

• Internet slang. We used to make an effort to avoid this, and now I see us all falling back into the habit. We want to sound like regular adult human beings, not Buzzfeed writers or Reddit commenters. Therefore: No “epic.” No “pwn.” No “+1.” No “derp.” No “this”/”this just happened.” No “OMG.” No “WTF.” No “lulz.” No “FTW.” No “win.” No “amazeballs.” And so on. Nothing will ever “win the internet” on Gawker. As with all rules there are exceptions. Err on the side of the Times, not XOJane.

• The word “massive.” Is never to appear on the website Gawker dot com. Here’s a handy list of synonyms for your headline toolkit: