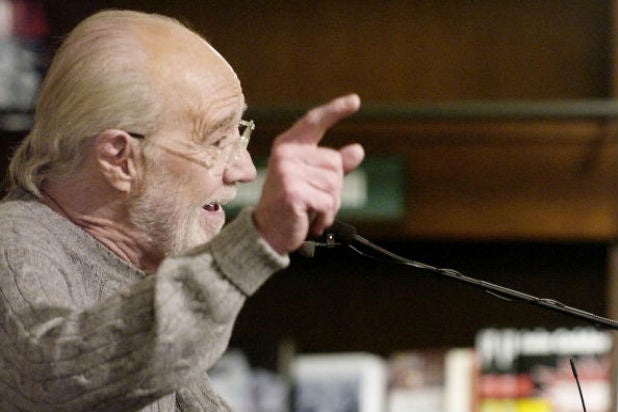 A skit recorded by George Carlin the day before the terrorist attacks on Sept. 11, 2001 will finally be released 15 years later on a posthumous album.

The title of the skit, “I Kinda Like it When a Lotta People Die,” should give a pretty good indication of why the routine was shelved.

In the routine, Carlin offers such cherry observations as, “I’m always rooting for a really high death toll.”

Carlin goes on to share the joy of natural disasters: “To me, you can never have too many dead people.”

The comedian’s longtime friend, Jerry Hamza, told Rolling Stone that Carlin shelved the routine, which was originally slated for his HBO special “Complaints and Grievances,” after the attacks on New York’s World Trade Center.

“George was a bit of a disaster-chaser,” Hamza said. “And in turn, he had crafted this piece called ‘I Kinda Like It When a Lotta People Die.’ And then 9/11 happened, and, once those towers went down, George knew right away he couldn’t use that material in his next special. He said then to himself, ‘I’ll put it on the back burner. Sooner or later, I’ll get to it and put it back in the act.'”

Though Carlin died in 2008, the skit will finally see the light of day on Sept. 16, with the release of the posthumous collection titled — yup — “I Kinda Like it When a Whole Lotta People Die.”

Can’t wait until then to hear Carlin cheer on mass death? Listen to a snippet of the routine below.