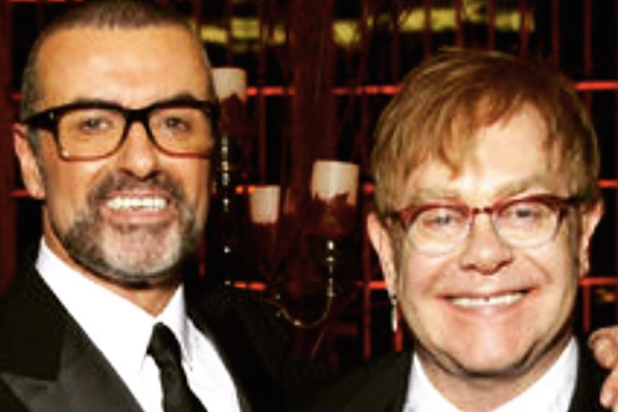 The news of George Michael’s death at the age of 53 is reverberating around the world on Christmas Day as stars are already sharing their shock and sadness on social media.

“I am in deep shock,” wrote Elton John on an Instagram message which appeared with a photo (above) of him with the late pop icon. “I have lost a beloved friend – the kindest, most generous soul and a brilliant artist. My heart goes out to his family and all of his fans.”

Heartbroken at the loss of my beloved friend Yog. Me, his loved ones, his friends, the world of music, the world at large. 4ever loved. A xx https://t.co/OlGTm4D9O6

Here is some of what other stars are saying:

I just heard about my friend @GeorgeMichael's death. He was such a brilliant talent. I'm so sad.

Had the pleasure of knowing George Michael in the 80s. Voice of an angel. Now he can sing for them.

What a shock. Sad to hear George Michael has left us. https://t.co/Uo90xjxOuy via @youtube

Actress Rosario Dawson paid tribute to the pop star by posting the lyrics to his 1990 hit song, “Freedom”:

I Won’t Let You Down
I Will Not Give You Up
Gotta Have Some Faith In The Sound
It’s The One Good Thing That I’ve Got
I Won’t Let You Down
So Please Don’t Give Me Up
‘Cause I Would Really, Really Love, To Stick Around, Oh Yeah…
#RestInParadise George Michael #Freedom #YouveGottaGiveForWhatYouTake

Rest with the glittering stars, George Michael. You've found your Freedom, your Faith. It was your Last Christmas, and we shall miss you.

Oh my god. RIP George Michael. So very sad. What a terrible year.

I've loved George Michael for as long as I can remember. He was an absolute inspiration. Always ahead of his time.

2016 has lost so many greats. It's so sad George Michael has to join the list of Icons we had to say goodbye to too soon. pic.twitter.com/7DEUcdIeSn

Needed a little more space to pay tribute to the genius of George Michael & its effect on me. If you want to read…https://t.co/odLM1Ppiqy

Another beautiful talent taken away. Rest in power @GeorgeMichael. 2016 is just brutal. ????

RIP George Michael. So good-humoured and self-deprecating when he joined us in Extras. 2016 just won't give us a break

R.I.P George Michael. Mari and I and our family are gutted. He was a true gentleman, one of the… https://t.co/f0SiZjonpQ

So sad to hear of George Michael passing. Beautiful inside and out. Thank you for the music ❤️

George Michael was a kind and gentle soul. #Wham

Stunned. George Michael. A talented and gentle soul. May you rest in Gods love and Peace ???????? #RIPGeorgeMichael

You have given the #world an amazing gift! What a #talent! What a #loss! We will continue to love you! #RIP George Michael! ???????? pic.twitter.com/plb7KjXOaP

1/ Feel like George Michael heard the Carrie Fisher news, got up in Death's face, and said…

2/ "Not having it, honey. Nope. Take me. Get your stupid farm implement & let's go. I wanna see David & Prince anyway."