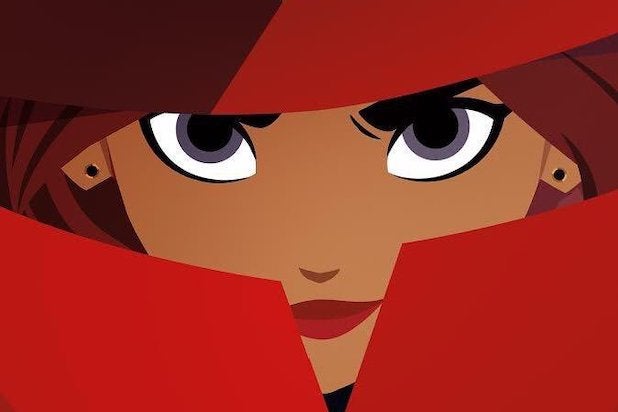 Where in the world is Carmen Sandiego? On Netflix in January, that’s where.

The 20-episode (22 minutes each) season will drop before the release of Netflix’s live-action “Carmen Sandiego” movie, which also stars the “Jane the Virgin” lead as the titular globetrotting criminal. “Stranger Things” star Finn Wolfhard lends his vocals for the series as well.

The film adaptation of the famed educational series is expected to hit in 2019. Rodriguez is producing the feature-length film through her I Can And I Will banner alongside Kevin Misher and Caroline Fraser, with Andy Berman as executive producer. Rodriguez had already been signed by Netflix to play Carmen in an animated series that will also hit the streaming service next year.

Beginning as an educational computer series created in 1985, “Carmen Sandiego” exploded in popularity in the ’90s with two PBS game shows and an animated series that combined to win eight Daytime Emmys and a Peabody Award.

WHEN in the world is Carmen Sandiego coming to Netflix? *hacks database* January 18! Who’s ready to go on an adventure with @HereIsGina and @FinnSkata? #NetflixNewsWeek pic.twitter.com/d4UC2kb5vZ