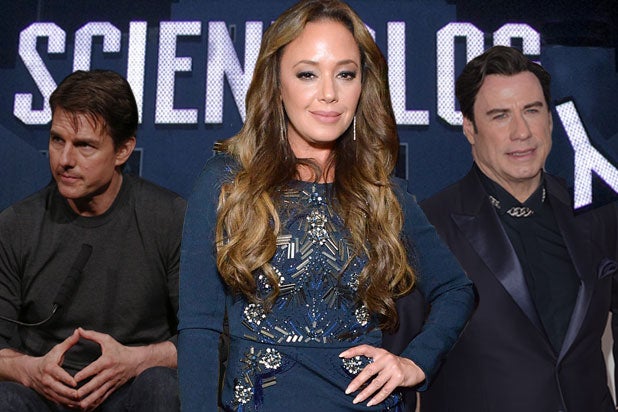 After two decades of being defended and feared by its movie star members, the Church of Scientology now appears to be in retreat, with Hollywood no longer wary of exposing and questioning the movement’s practices.

The HBO Scientology documentary “Going Clear,” by director Alex Gibney, exposed the organization’s dubious claims, outlandish origin texts and alleged abuse of its followers despite dozens of legal challenges from Scientology, whose most famous members are Tom Cruise and John Travolta. The documentary attracted 1.7 million viewers, making it one of the most-watched documentaries ever to air on the network.

“It was still aired, got good press, got a viewership that was astronomical even with the threats, even with Scientology’s team of attorneys,” said therapist and cult expert Rachel Bernstein, who is working on a book about children raised in cults.

Also Read: 17 Entertainers Who Dabbled in or Abandoned Scientology (Photos)

Meanwhile Jason Katims, creator of “Parenthood” and “Friday Night Lights,” has received a series order from Hulu for a show about a family struggling with a “controversial” faith movement, what many understood as a thinly veiled reference to Scientology.

That comes just three years after Scientology founder L. Ron Hubbard was depicted unfavorably in Paul Thomas Anderson’s dramatic feature, “The Master,” with Phillip Seymour Hoffman playing the bombastic, charismatic leader – who some saw as a charlatan. That same year Lawrence Wright’s investigative book exposed many of the practices explored in Gibney’s film, “Going Clear: Scientology, Hollywood, and the Prison of Belief.”

“We are a Church. Any influence we may have is in terms of the lives we save from scourges like drug addiction and the people we help worldwide. We are defined not by who are members are, but by what each one does each day to make for a better world. That is and has always been our only mission,” a representative for the Church of Scientology told TheWrap in a statement.

“We are helping people in greater numbers and in more parts of the world than at any time before. As to what the Church stands for and is accomplishing in the world, I invite you and your readers to see www.scientology.org. Our response to Alex Gibney’s one-sided Rolling Stone/UVA Redux is on our website at www.freedommag.org/hbo.”

In the past, Scientology was protected by its deep ties to the Hollywood community. Since its inception, one of the church’s biggest strengths was its ability to leverage the celebrity of its famous members while silencing its critics, controlling its congregants and burying criticism under legal challenges.

But now many of Scientology’s most famous Hollywood members are among its most outspoken critics, including director Paul Haggis and “Chicago PD” actor Jason Beghe, both of whom feature prominently in Gibney’s documentary and who confess their deep regret for decades of membership. Recently, Mia Farrow was among those who called on people to sign a petition to rescind the church’s tax-exempt status in the wake of the documentary.

“They know they have a PR nightmare right now,” Bernstein pointed out. “They’re not going to take the risks that have seemed heartless and harassing. They’ll have to become more economical about their harassment.”

“Scientology has a likeability problem,” said a veteran Hollywood publicist, who has former and current clients in the church, speaking on the condition of anonymity. “No one likes them because of this reputation for intimidation and aggressiveness, and no organization — particularly religions — wants to be that polarizing or splayed out.” (Scientology still intimidates enough in Hollywood to dissuade publicists from going on the record.)

The publicist said that murky politics and even outright wrongdoing is nothing uncommon in organized religion, but usually exclusively in its upper echelons. In Scientology, he said most of his own clients don’t take the organization and its byzantine hierarchy that seriously.

“My clients who are and were involved are usually getting something out of it, jobs or recognition,” the insider said of church members who have worked with him over the years.

Over the last few decades, Scientology has cycled through its famous frontmen. While once vocal about their association with the organization, Travolta and Cruise have fallen quiet about the group over the past decade. It would take close to two weeks after HBO’s telecast of “Going Clear” before Travolta spoke out, and Cruise still has not.

“I’ve been so happy with my [Scientology] experience in the last 40 years that I really don’t have anything to say that would shed light on [a documentary] so decidedly negative,” Travolta told the Tampa Bay Times.

The star went on to talk about the good that the church had done for him, including supporting him through the emotional death of his son in 2009. Travolta doesn’t try to discredit the church’s critics, and his strongest defense was calling the claims “hearsay” and the documentary was a result of “people who were disgruntled with their experiences.”

“I haven’t experienced anything that the hearsay has [claimed], so why would I communicate something that wasn’t true for me?” Travolta said. “It wouldn’t make sense, nor would it for Tom, I imagine.”

Conversely, many former church members have come out against the organization despite threats of being disowned by their family members who are still with the church and harassment from the organization.

“It’s the public speaking out that is really causing more damage to the church than anything,” Gibney told TheWrap. “The church tried so hard to prevent that, but now it’s becoming permissible in a way that is undermining the reign of terror the church had been able to enforce for so long.”

One of the biggest milestones in Scientology’s weakened grasp on Hollywood arrived in 2013 when actress and former “The Talk” host Leah Remini publicly left the church.  The “King of Queens” star went on to file a missing person report with the Los Angeles Police Department for Scientology leader David Miscavige’s wife, who reportedly hadn’t been seen in public since 2006. Police would later confirm that it deemed the missing person report unfounded.

“A lot of the credit goes to the brave souls that used the fact they were shut up, disillusioned and had a bit of safety around them, because they were public figures,” Bernstein said. “They took that brave step to come forward, knowing they would have fan support and good attorneys. I think it opens the door and it lets Scientology know it can’t be the playground bully and intimidate.”

Bernstein, who said she has been harassed by the church for more than 20 years, said that there are many former Scientology members who don’t have the resources that Hollywood stars possess to oppose the organization.

“I hope more stories come to life and provide a greater technicolor picture of the dangers that people are exposed to as part of this group,” she said. “When you can watch someone walk on hot coals and not get burnt so badly, then you’re less fearful yourself.”

Despite this assertion, multiple individuals working in Hollywood declined to speak on the record for this story.

For his part, Gibney told TheWrap that there’s still a lot more of the Scientology story yet to be told.

“There was a ton of stuff that ended up on the cutting room floor,” he said. “There’s some thinking that we may go back in and do something at a later date.”