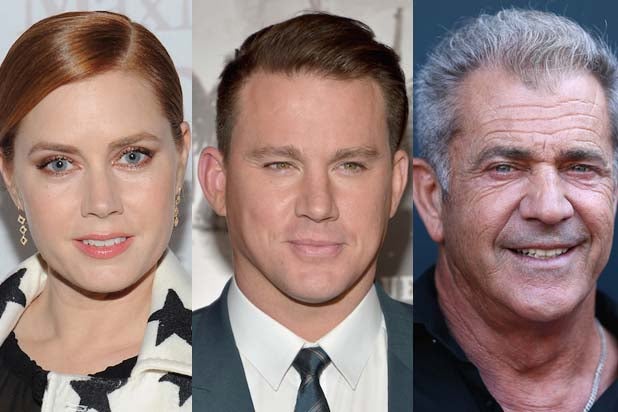 Amy Adams, Channing Tatum and Mel Gibson are among the first round of movie stars who will be taking the stage as presenters at the 73rd annual Golden Globe Awards, the Hollywood Foreign Press Association announced Tuesday.

The ceremony hosted by Ricky Gervais will be broadcast live on NBC from The Beverly Hilton in Beverly Hills on Jan. 10, from 5-8 p.m. PST/8-11 p.m. EST.