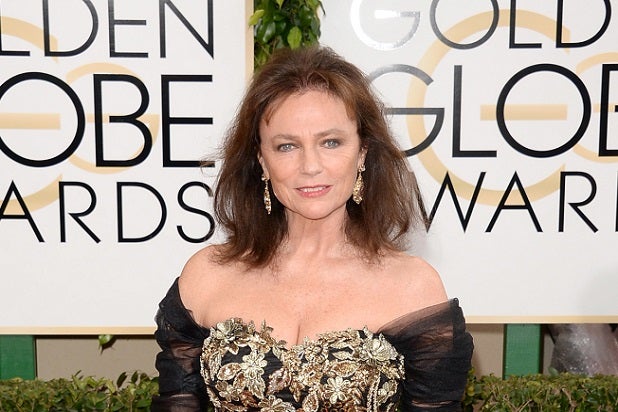 Jacqueline Bisset provided an early awkward moment during the Golden Globes on Sunday night, delivering an awkward acceptance speech that was tinged with bitterness — and which apparently was splatted with an “S” bomb that slipped through the censors.

At first she appeared to be choking back tears as she accepted her award, then lapsed into a rambling, cringe-inducing speech that was punctuated by  interminable pauses.

“I’m actually shaking, I cant believe … God knows, you’ve nominated me about five times. Anyway…” Bisset offered. But so much time had lapsed that she hardly got her halting speech started before the band began to “play her off.”

“I’m sorry; I’m gonna get this together,” Bisset vowed, before doing exactly the opposite — and appearing to unload a “shit” that the delay didn’t quite catch.

Bisset wrapped up by rambling something about forgiveness being a beauty treatment before mercifully removing herself from the stage.