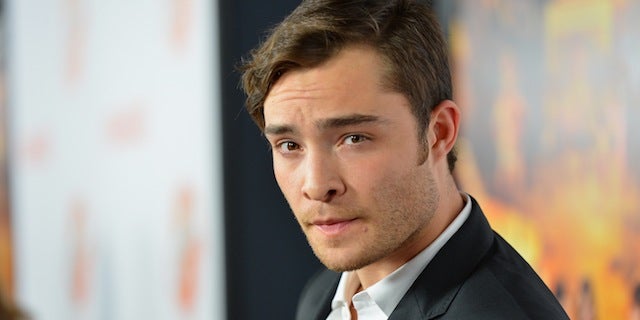 In his first major move since "Gossip Girl" ended, Ed Westwick has entered negotiations to star in Sony's genre movie "The Kitchen Sink," two individuals familiar with the project have told TheWrap.

Robbie Pickering ("Natural Selection") is directing from a Black List-approved script by Oren Uziel. Matt Tolmach ("The Amazing Spider-Man") is producing via his eponymous banner.

A unique monster mash-up movie, "Kitchen Sink" follows a group of teens who form an unlikely alliance with vampires and zombies in order to take on an alien army.

Nicholas Braun, Mackenzie Davis and Josh Fadem star alongside Chris Zylka and Denis Leary, while Vanessa Hudgens is nearing a deal for a key role.

Should negotiations work out, Westwick would play a smooth-talking vampire who wants to make Davis (AMC's "Halt & Catch Fire") his latest bloody conquest.

Also Read: 'Romeo and Juliet' Trailer: Hailee Steinfeld is One Half of the Star-Crossed Lovers in Shakespearean Tragedy (Video)

Westwick, who was last seen on the big screen as an FBI agent in Clint Eastwood's "J. Edgar," next stars as Tybalt in "Romeo and Juliet," which stars Hailee Steinfeld and Douglas Booth as the star-crossed lovers. His previous feature credits include "Children of Men," "Son of Rambow" and Anthony Minghella's "Breaking and Entering."