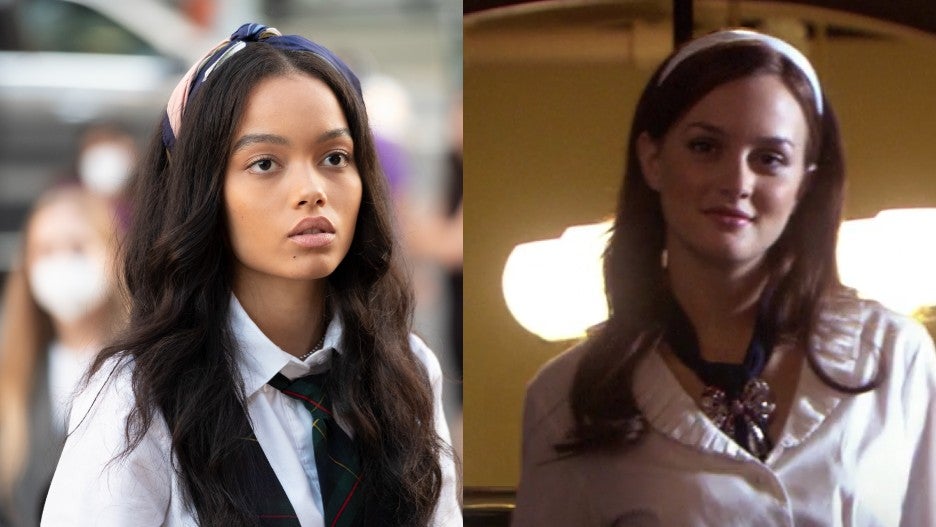 Hey, Upper East Siders. "Gossip Girl" is back, and though the HBO Max reboot is clearly making it a point to show how this world has changed since the original CW series, there are certainly some distinct similarities. In fact, the reboot has already made some direct nods to its predecessor.

Like in the original "Gossip Girl," they attend Constance Billard/St. Jude's (it's one, co-ed school now), the prep school where the original series was set. But the connections to the original go far deeper than that. Below, see a running list of every OG "Gossip Girl" Easter egg (even the deep cuts) in the first season of the HBO Max reboot. 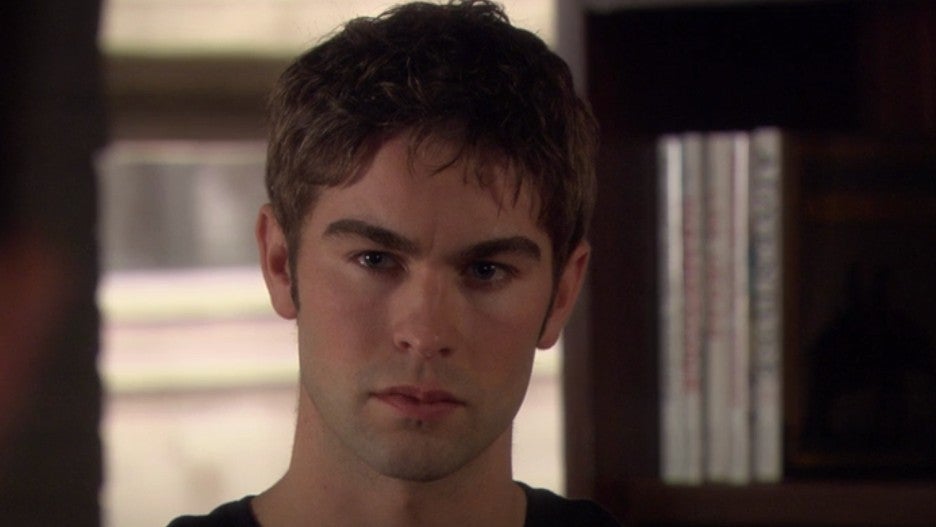 The first episode of HBO Max's "Gossip Girl" made sure to tie the two series together with some pretty heavy name-dropping. Nate Archibald (Chace Crawford) is referenced within the first 10 minutes. "This school produced great people! Caroline Kennedy, Coulson Whitehead, Nate Archibald! It's why I wanted to teach here," Kate (Tavi Gevinson) exclaims as she and her coworkers lament their status at the school. 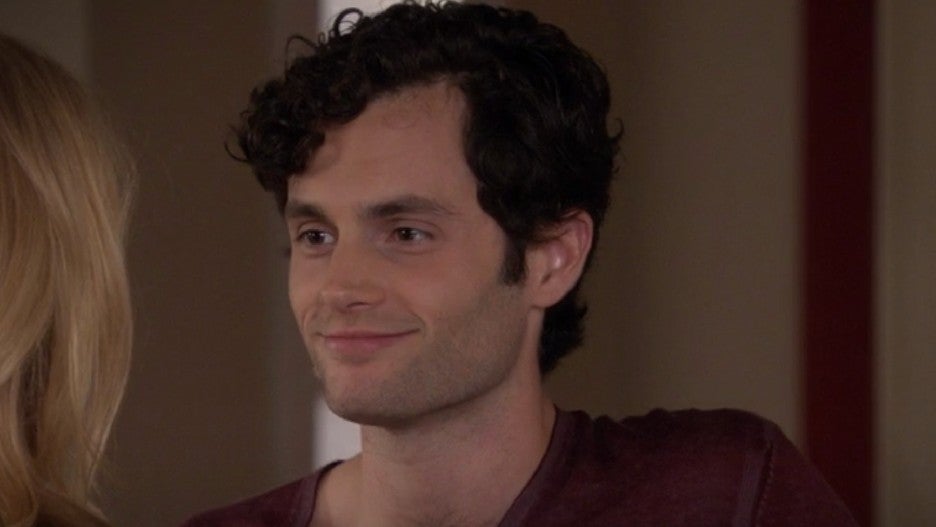 In the same breath that Nate is mentioned, Dan Humphrey (Penn Badgely) is, too -- because obviously you can't recreate Gossip Girl without acknowledging the original person. Kate is shocked when her colleague Rebecca tells her that such a big name (he's apparently earned fame as a novelist) was the OG GG. But speaking of Rebecca... 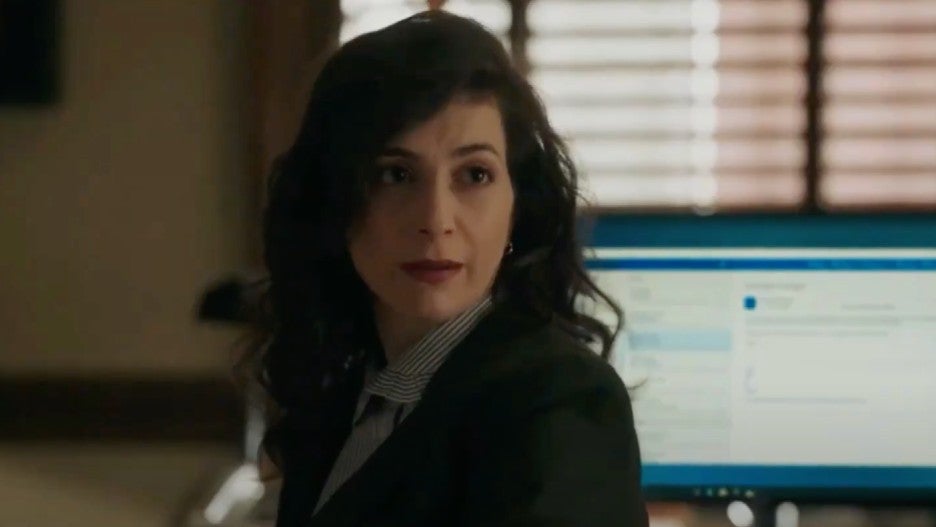 Rebecca is actually a deep-cut cameo -- from a character who never actually appeared on screen in the original series. As she explains to her coworkers, "People thought it was me, but it was actually one of my classmates, Dan Humphrey.” Her full name is Rebecca Sherman, and in the Season 2 finale of the original series, she's mentioned as Blair, Chuck, Nate and Serena try to decipher GG's true identity during a graduation party. 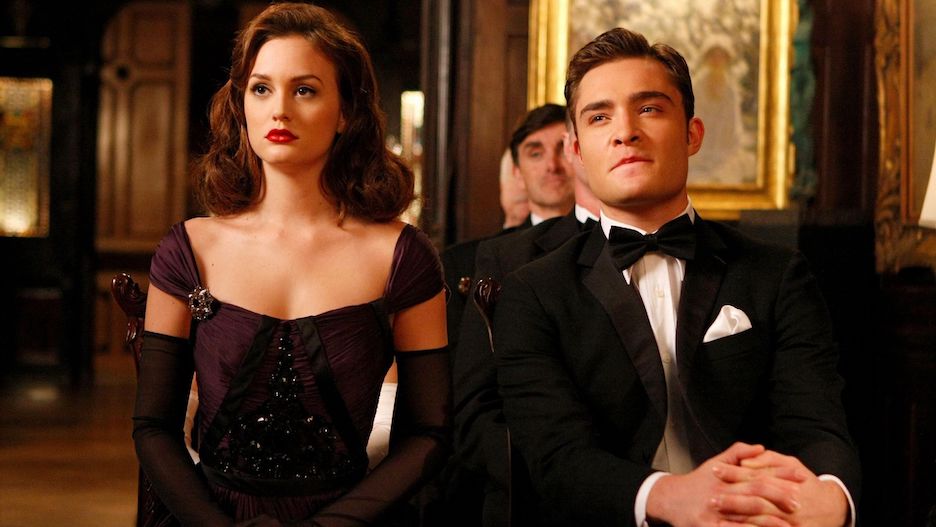 As the teachers continue to do their research on the old Gossip Girl, they quickly discover the tumultuous relationship between Chuck Bass (Ed Westwick) and Blair Waldorf (Leighton Meester). As Kate bluntly puts it: "This Chuck and Blair thing is out of control." There's also a moment in the premiere where the teachers use a specific GG post for reference: "Spotted. Chuck Bass losing something no one knew he had to begin with: his heart." That post comes in the 10th episode of Season 1, after Chuck spots Nate and Blair hooking up. 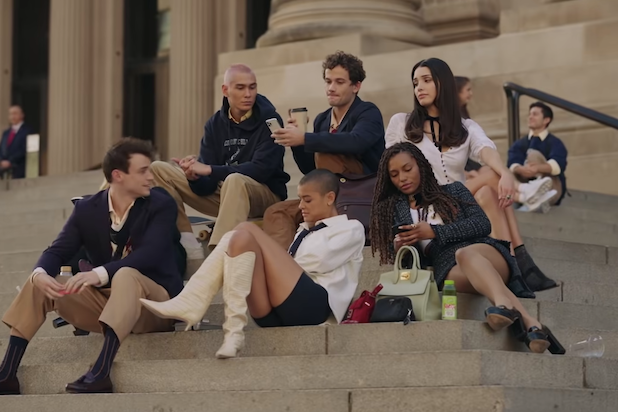 The Steps of The Met

Even though we knew it was going to happen thanks to the trailer, there was still something nostalgic about seeing Julien and her friends sitting on the steps of The Met for lunch. Countless wars were waged, friendships were formed and yogurt was spilled on those steps in the original "Gossip Girl," and clearly not much has changed.

In the original "Gossip Girl," Blair Waldorf was queen bee, and in place of a crown, she had her iconic headband. In the HBO Max premiere, that headband gets its own shoutout -- in the most brutal way. When Julien attempts to stealthily help her half-sister Zoya be welcomed into her friend group, Monet disgustedly points out, "She has a headband on." 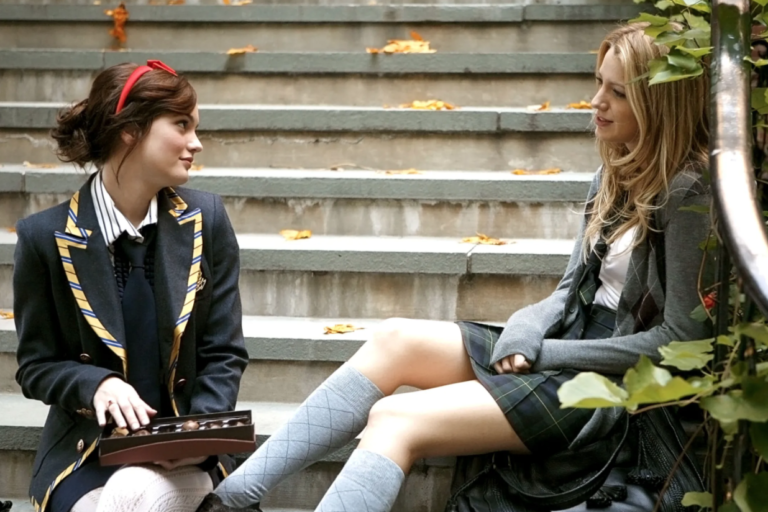 Initially, Serena van der Woodsen (Blake Lively) is only listed as an archetype, as the teachers realize they need to target the popular kids -- "the Serenas, Blairs, Nates and Chucks -- make them think there's another Dan Humphrey in their midst" -- with their new account. But we do touch on the friendship between Blair and Serena. "Gossip Girl would've been nothing without Blair versus Serena. Their rivalry launched her," Kate says, convincing her coworkers to target Julien and Zoya. 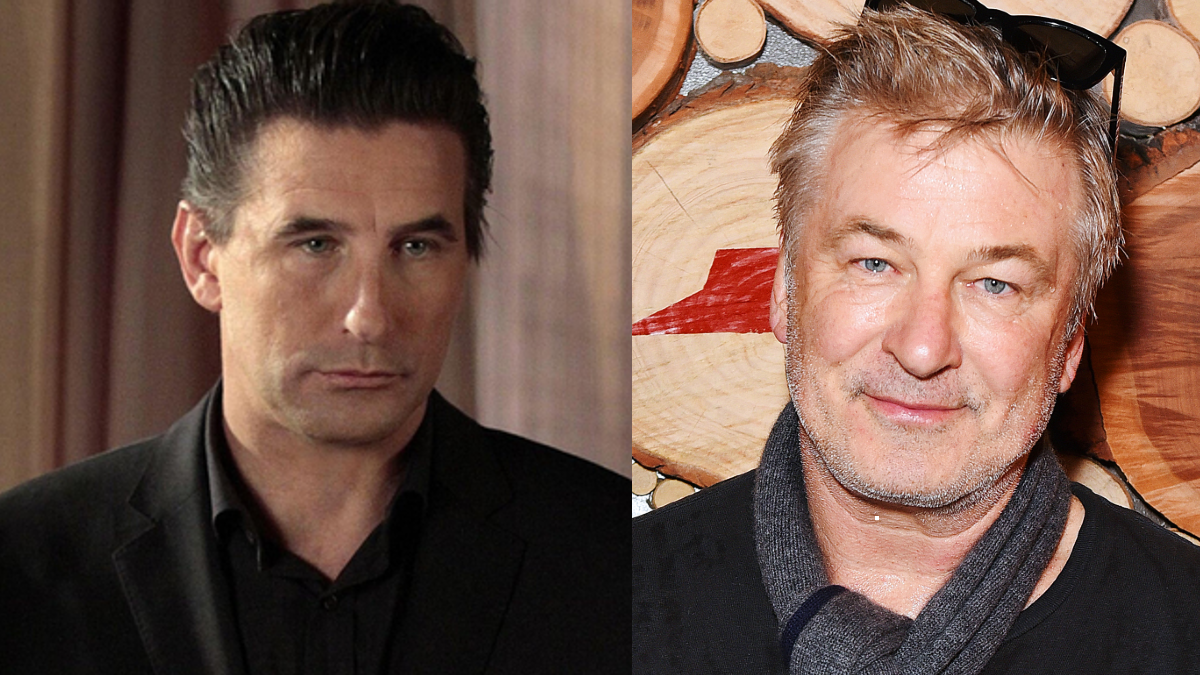 Name-dropping Alec Baldwin may not seem like a callback to the OG series at first, because in fairness, he was never in it. But his brother was. William Baldwin played William van der Woodsen, Serena's father, for the original series' run. "Last time, Alec Baldwin confiscated my phone. I never got it back," Teacher Jordan says. It's a subtle, but cute nod to someone who caused a lot of trouble in the original "Gossip Girl." 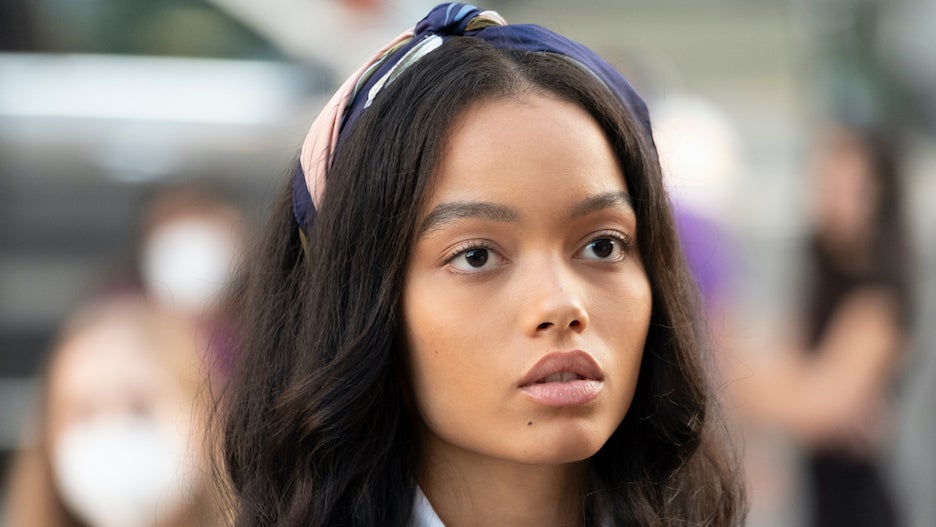 It was always a habit of the original "Gossip Girl" to refer to characters by the first letter of their name. And, as Julien tried to break up Zoya and Obie, she decided to work with Gossip Girl herself. "I'll uncancel her on one condition: she brings me the juiciest dirt on Little Z," Julien says. And no one can forget that, in the original, Jenny Humphrey wasn't just J; she was "Little J." 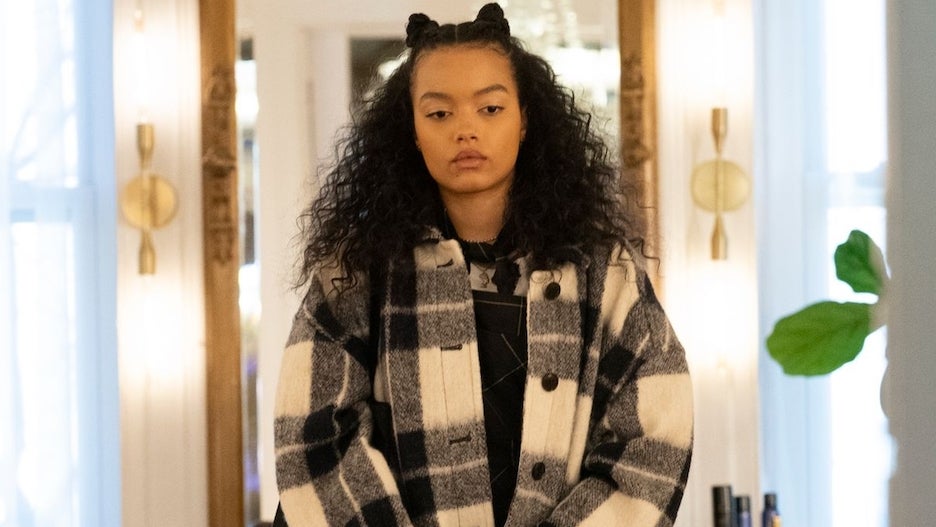 After a shoutout to Jenny Humphrey in dubbing Zoya "Little Z" in episode 2, Gossip Girl pounces on Zoya's budding relationship with Obie saying "Hope the prince doesn't lose interest, or Little Z may find herself Lonely Z." Lest we forget, Dan Humphrey was known as "Lonely Boy" in the original "Gossip Girl." 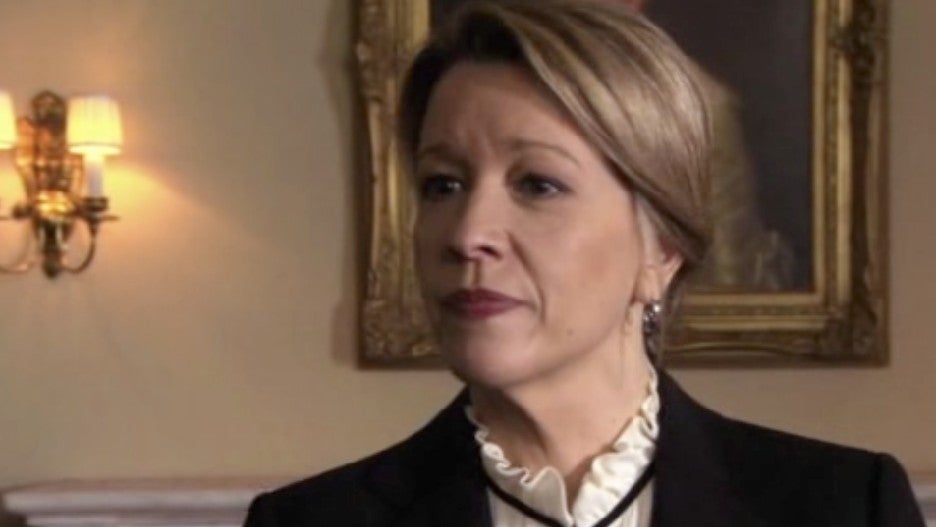 In the original "Gossip Girl," Constance was run by Headmistress Queller. You only hear it in the background, but she does get out shoutout when the new principal says that "my predecessor had warned me of a pernicious presence that would sabotage students' studies, their social lives, even hijack graduation." Of course, hijacking graduation in itself is a reference back to the season two finale. 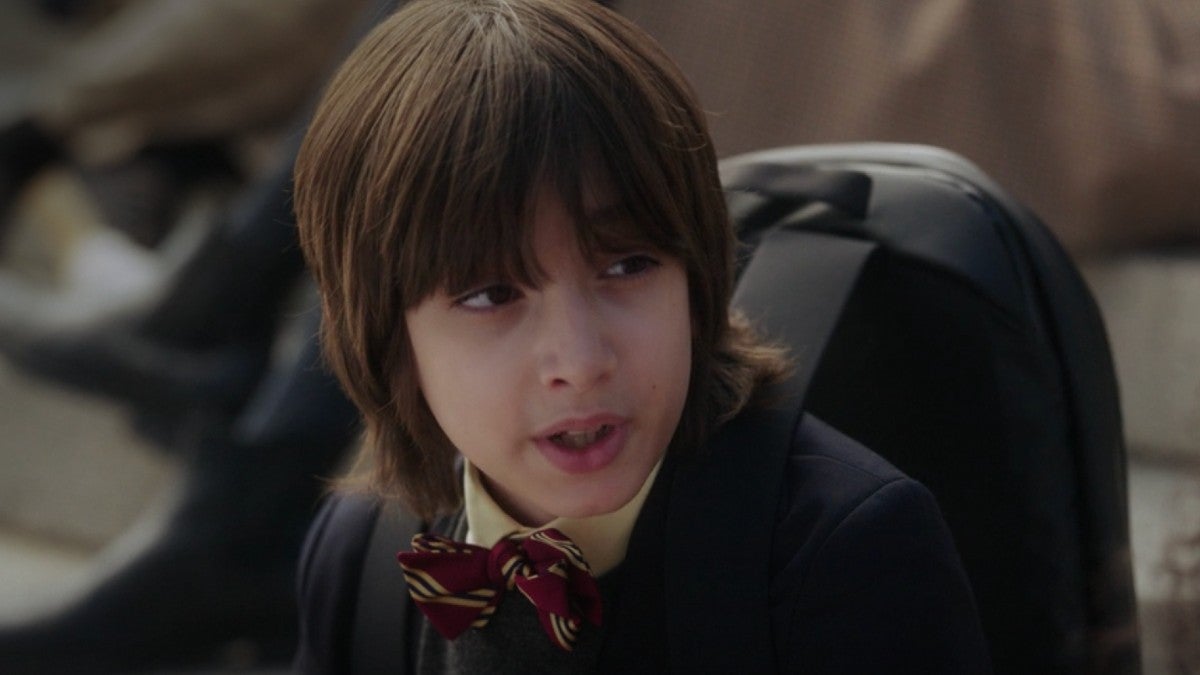 When a little boy showed up next to Zoya on the steps of the Met introducing himself as Milo, diehard fans of the OG "Gossip Girl" probably audibly gasped. Milo is the son of Georgina Sparks (Michelle Trachtenberg), who was Gossip Girl herself at one point, and one hell of an adversary for Serena, Blair and the crew. Now, he's all grown up, and apparently causing mischief with the skills of his mother. 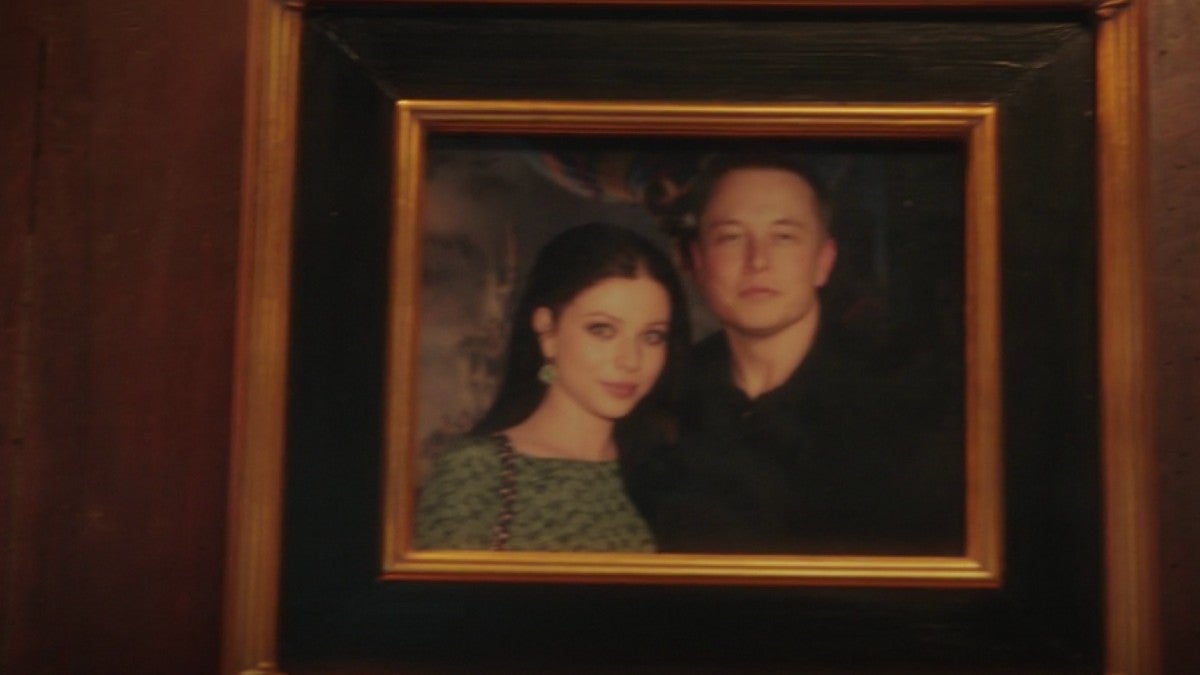 Though Georgina herself doesn't show up in episode 4, we do get glimpses of her. When Milo takes Zoya to his home to dig up dirt on Julien, we see a wall of photos, each one showing Georgina with someone prominent. At the center of all those photos is one big one of Blair Waldorf. It's unclear if Georgina is still out for blood, considering the ways Blair bested her time and again, or if she simply worships her for her power. 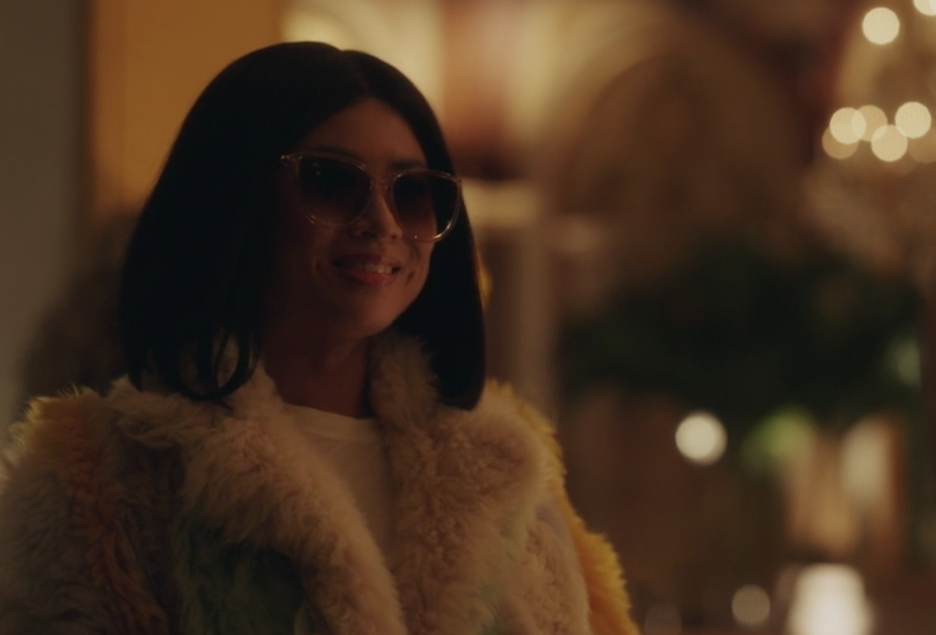 For those who aren't familiar, or have a bit of a fuzzy memory regarding her, Nelly was a frenemy of Blair  in the original "Gossip Girl." Though she started as basically one of Blair's lackeys, she eventually broke out on her own, becoming a reporter at Women's Wear Daily. In the new "Gossip Girl," she's now the editor at New York Magazine, and she has no time for the new Gossip Girl, and encourages Obie to rise above it. 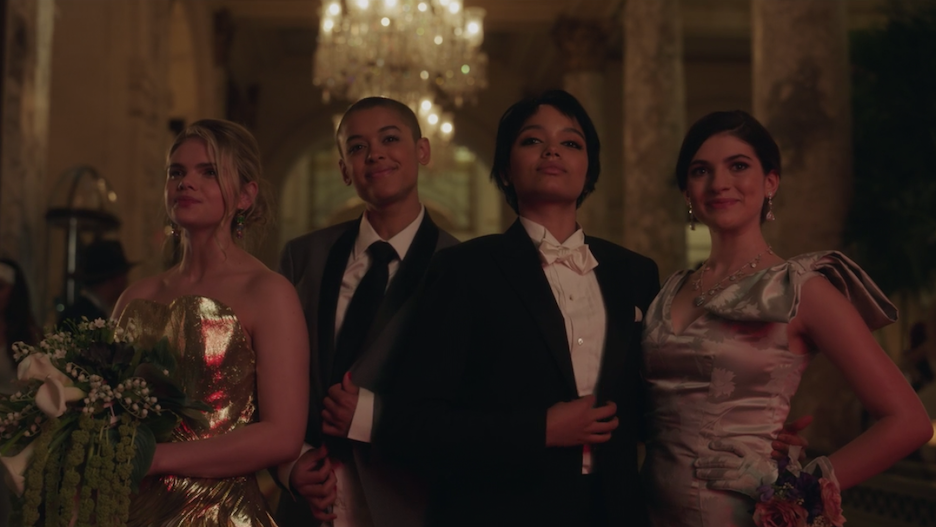 Will the REAL Chuck, Blair, Serena and Dan Please Stand Up?

At the same costume party that we see Nelly Yuki return, Zoya and Julien end up transforming themselves into Chuck Bass and Dan Humphrey. Why? Well, conveniently enough, two rivals from another school, came dressed as Blair and Serena, so it's an easy way to mess with them. As the cherry on top, Zoya even gets to utter Chuck's iconic catchphrase: “I’m Chuck Bass." 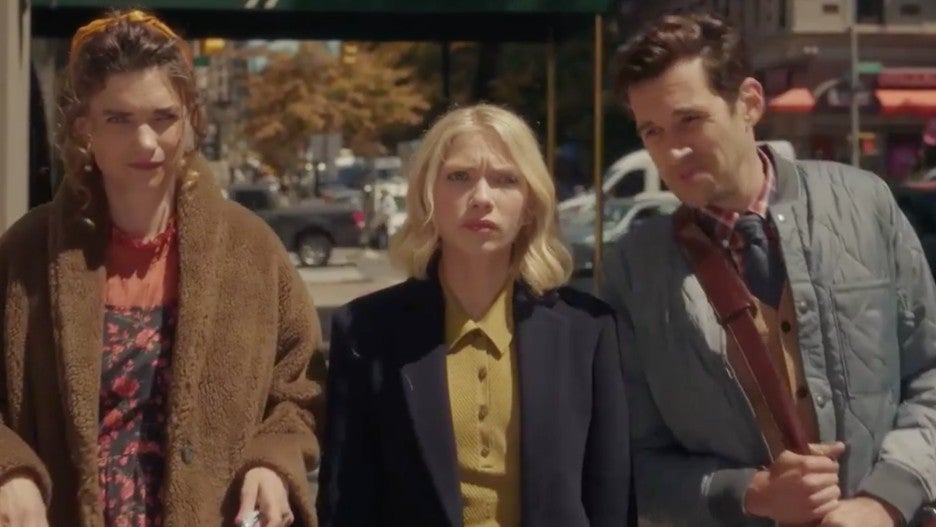 Gossip Girl's Only Day Off

Thanksgiving episodes were always some of the most dramatic episodes of the original "Gossip Girl," and the HBO Max reboot is clearly no different. They also made sure to nod to the fact that Thanksgiving was typically the one day Dan Humphrey took off (though Jordan couldn't fathom why, considering how "juicy" the content is). 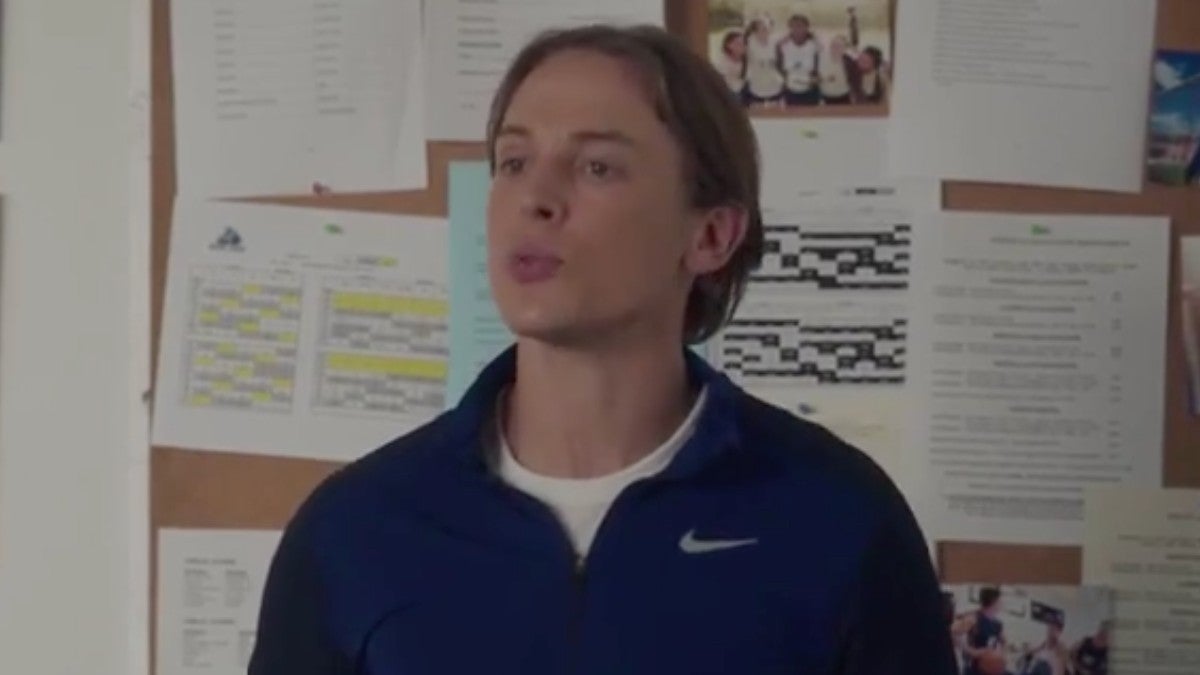 If Gossip Girl's post in episode 9 felt a little familiar, that's because it should. Apparently, one of the new Gossip Girl "board members" Scott decided to repurpose a "post from the aughts" that was originally about "the Waldorf person." 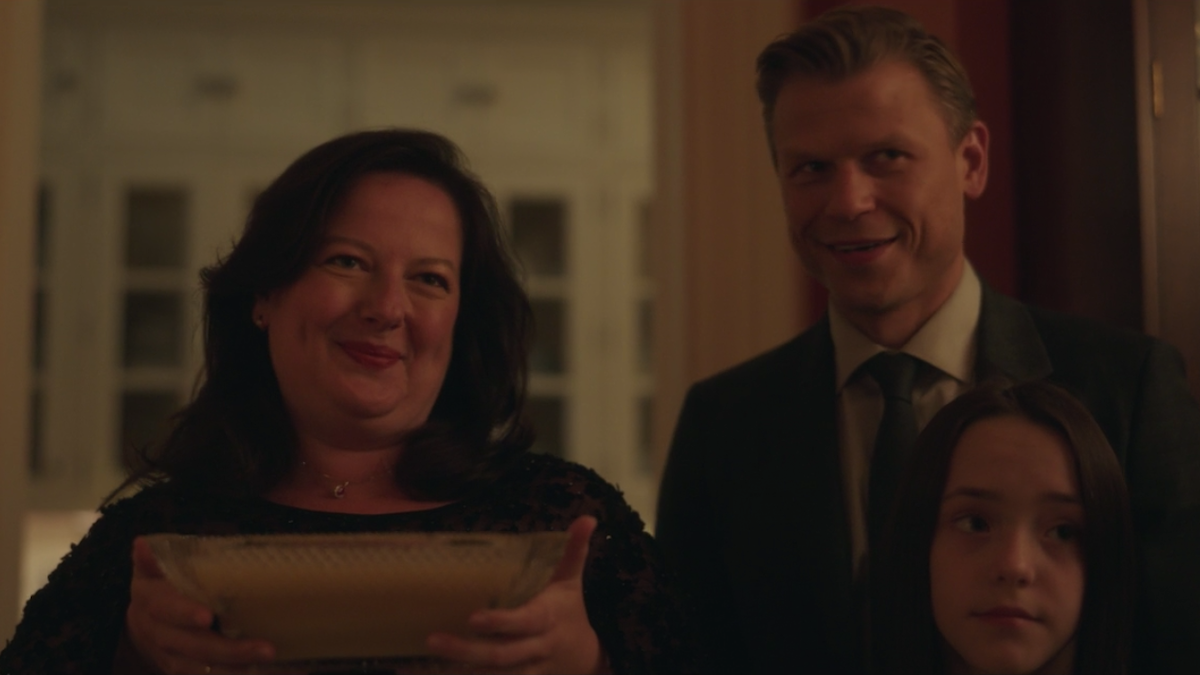 We may not have gotten any of the original core cast members this season, but we did get someone really important to them. In the second batch of episodes for season 1, the one and only Dorota showed up for Hanukkah, along with her husband Vanya, who worked as the van der Woodsens' doorman in the original "Gossip Girl." And boy have we missed them. 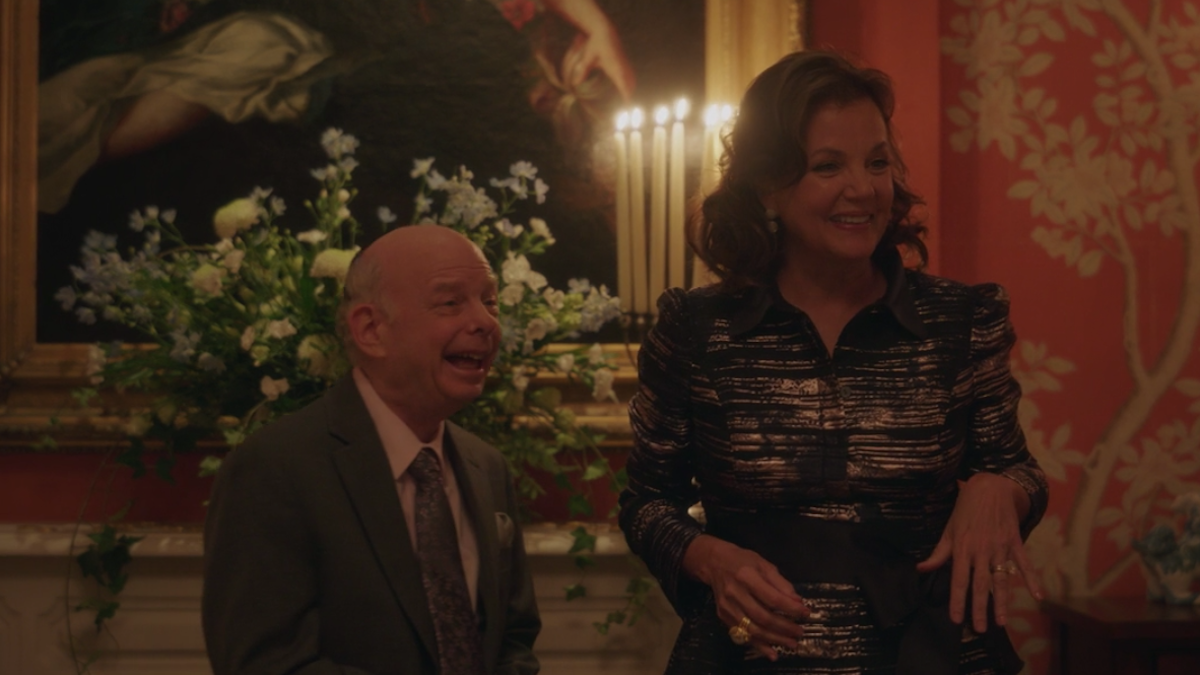 In addition to Dorota, we also got Cyrus Rose and Eleanor Waldorf, Blair's mother and stepfather. And thanks to them, we have an update on Blair herself! She's spent the past year in Paris, with Chuck and their son.