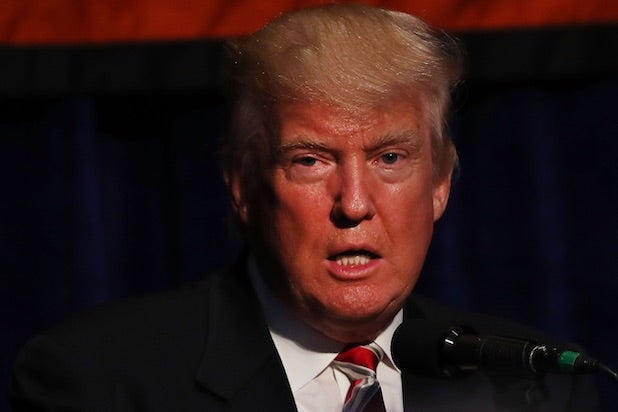 BuzzFeed sent the internet into a frenzy when it published a collection of memos accusing President-elect Donald Trump of improper contact with Russian officials — and alleging the former reality TV star arranged “golden showers” with prostitutes in a Moscow hotel room.

CNN posted a story early Friday evening on the East Coast citing documents that included allegations that Russian operatives have compromising personal information on the president-elect, but declined to publish the raw files. BuzzFeed had no such compunction, publishing the full, unverified document from a person purporting to be a former British intelligence agent.

In a tweet, Trump declared, “FAKE NEWS – A TOTAL POLITICAL WITCH HUNT.” He didn’t say what story he was referring to, but the timing left no doubt.

BuzzFeed Editor-in-Chief Ben Smith used Twitter to post an internal email that explained his logic for posting the documents, which had been known to several journalists and politicians for some time. Smith wrote that BuzzFeed’s “presumption is to be transparent in our journalism and to share what we have with our readers,” saying the site has “always erred on the side of publishing.”

Smith said the file “was in wide circulation at the highest levels of American government and media,” and that it seemed to be the underpinning of allegations from outgoing Senate Minority Leader Harry Reid that the FBI was sitting on “explosive information” about the ties between Trump and Russia.

Here’s Smith’s email in full, from his Twitter feed:

Here's the note I sent to @buzzfeednews staff this evening pic.twitter.com/OcAloWzVzb

Politico reporter Ken Vogel tweeted that he had been investigating the “golden shower” claim himself, but the political news site couldn’t corroborate it, which is why it refrained from publishing.

To be clear: we couldn't corroborate the story, which is why we didn't publish anything. Not because this particular part seemed doubts. https://t.co/sEpgY2deXb