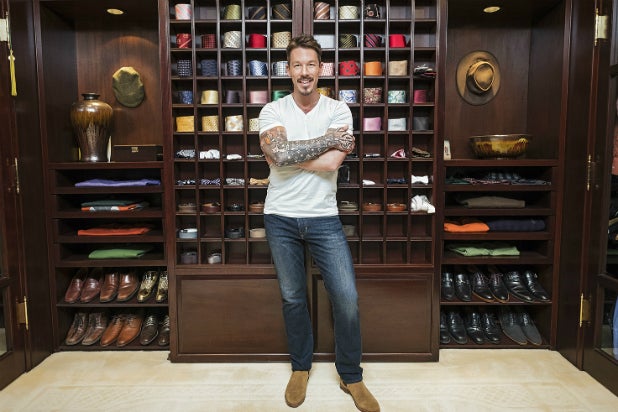 David Bromstad is genuinely happy for his “My Lottery Dream Home” winners. But let’s be real: We’re all jealous of the HGTV subjects’ windfall.

That doesn’t mean the host partakes in the dollar-and-a-dream gamble, however.

“You’d think I would, especially rubbing elbows with all of these really rich, really lucky people,” Bromstad told us ahead of Friday’s Season 5 premiere. “No, I do not play the lottery because I’ve already won the lottery. I won ‘Design Star’ and that was my lottery. I’m generally not a very lucky person. So I’m good. I’ve won it, that’s my win. It’s hard for me to spend $30 on a scratcher, or $20, or even $10 on a few scratchers. I just don’t play enough. I’d rather buy canoes.”

No one has more fun helping others spend money on TV than Bromstad — but it’s been tough to find these folks, he said.

Now that the show is more popular the casting process has become easier, Bromstad said. That’s good, because he told us the show is renewed through Season 7.

Finally, everyone has a specific HGTV show they are infatuated with, right? With “Fixer Upper” off the air, and his own show off the table, we asked Bromstad what he obsesses over.

Us too — did we just become best friends?

Season 5 of “My Lottery Dream Home” premieres Friday at 9/8c on HGTV.