Tom Hanks, a Screen Actors Guild member since 1980, called Thursday’s Guild election “the most important of our existence.”

Sure, the comment was made in a recent YouTube video Hanks shot to bolster his Unite for Strength SAG presidential candidate of choice, Ken Howard, and a hyperbolic tone never hurts when doing these kinds of campaign ads. 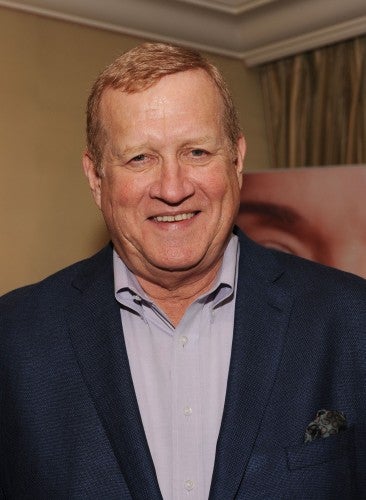 But the assertion may not be too far off the mark.

Thursday’s SAG election — which pits the pragmatist Howard against the less moderate Membership First candidate Anne-Marie Johnson, as well as independents Asmar Muhammad and Seymour Cassel — could go a long way toward determining whether the traditionally go-it-alone labor union will finally merge with the more heterogeneously structured American Federation of Televison & Radio Actors.

SAG’s vice president seat and 33 board positions also will be voted on Thursday, and winners announced Thursday night.

The election caps off a term by incumbent president Alan Rosenberg that was marked by acute internal SAG division. With negotiations between the Guild and producers for a new contract stalled under hard-line lead negotiator Doug Allen in January, Rosenberg staunchly resisted the United for Strength-led overthrow of Allen.

Rosenberg also opposed the subsequent widely approved SAG contract with producers in April. He also was an outspoken critic of AFTRA’s contract agreement with producers.

With clout for the 76-year-old SAG weakened by a $4 million deficit and internal infighting — punctuated by the United for Strength-led overthrow of Guild chief negotiator Doug Allen in January — both Howard and Johnson have stated that is the right time for a merger with the smaller AFTRA (70,000 members compared to SAG’s 125,000), given that more landmark new-media negotiations with the producers union are coming up in 2011. 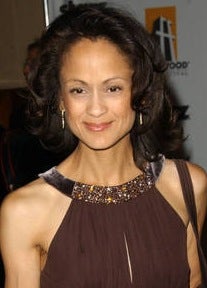 Two times in recent years, SAG membership voting has put a stop to efforts to put the two guilds together. Both times, SAG’s base of primarily film and TV actors voted to keep out AFTRA’s more diverse constituency of newscasters, radio deejays, recording engineers and other non-thespian members out.

And in keeping with that tradition, Johnson’s Membership First coalition has stated that it’s only interested in a merger that involves the 44,000 or so members the two guilds have in common.

“We should have one united union. I really do agree. But do we have to have weatherman?” wrote one Membership First supporter on a message board, critiquing Hanks’ pro-Howard campaign video. “Shouldn’t we have a union that is just for actors? I don’t see the WGA representing grips.”

With her own membership far more politically united at this point, and having personally been involved with the two previous merger attempts, recently re-elected AFTRA president Roberta Rearson recently told TheWrap she has no interest in bisecting her guild’s membership.

“It’s all of us or none of us,” she said. “I’m not interested in carving up AFTRA’s membership for other people’s desires. The days of boutique unionism are long gone.”

With merger listed as his top priority — “We’re helping management with a notion of divide and conquer,” Howard told the L.A. Times — Unite for Strength candidate Howard has outlined himself as the kind of pragmatist who could bridge this philosophical gap between the two unions.

“The last two years, we’ve been in attack mode,” he said, “fraught with emotion and posturing. I can reason things through and be businesslike, which is something we sorely need.”

Of course, poll predictions in guild elections are always tough to come by, but Johnson seems to face the longer odds based on her close association with incumbent president Alan Rosenberg, who has fiercely opposed the Unite for Strength-led contract that was overwhelmingly approved following Allen’s ouster.

And of course, Rosenberg’s distaste for AFTRA’s deal-making hasn’t helped the nasty intra-guild acrimony that has existed between AFTRA and SAG over the last 18 months.

Meanwhile, as if the drama created by the ideologically opposed Howard and Johnson weren’t’ enough, there’s also independent candidate Cassel, who nearly defeated Rosenberg several years ago in the race for SAG president.

Cassel is probably a fringe candidate at best this time around, given that his very presence on the election ballot was nearly negated when a union trial board found him guilty of sexually harassing three female staffers.