Day four of the war between ABC and Cablevision provided few, if any, new developments.

We already know Sen. John Kerry and the FCC are threatening to get involved, as is Congressman Joe Barton (R-Texas), who urged the FCC to stay out of it. 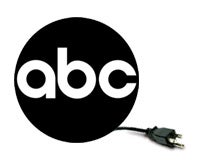 “Discussion of the deal is best left between the respective companies and their viewers, free from government interference or cajoling,” Barton wrote. “The alternative is to ask the government to weigh the relative value of carriage and of particular programming. This is a risky proposition.”

Yet both sides don’t appear to be any closer to an agreement in the dispute, which could cause Cablevision’s 3.1 million subscribers in the New York area lose ABC’s signal on Sunday, hours before the Academy Awards are set to be broadcast on the Disney-owned channel.

One prominent New York Cablevision customer — Howard Stern — weighed in on the matter, and it appears the Sirius shock jock is siding with Disney.

ABC vs. Cablevision Getting Ugly