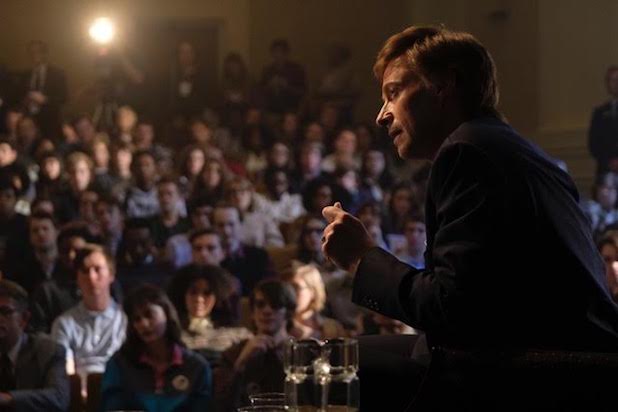 Columbia Pictures will release the film this fall, timing it with the November midterm elections.

Based on the book “All the Truth is Out” by political journalist Matt Bai, “The Front Runner” stars Jackman as Gary Hart, the senator from Colorado who was considered the front-runner to win the Democratic nomination for the 1988 presidential election.

But Hart’s hopes were quickly derailed after Miami Herald reporters broke the story of him having an extramarital affair with a young woman named Donna Rice, forcing him to drop out of the race.

“Having grown up wandering around the Columbia lot as a kid, it is a particular thrill to bring The Front Runner back home to the first studio I can remember,” Reitman said in a statement. “I cannot wait for movie goers to see Hugh’s humanist transformation into one of the more complicated political figures of our time.”

“This often overlooked moment points to the intersection where political journalism and gossip journalism drove into the same lane, and it couldn’t be more timely,” added Gilbert. “We are so proud of this film and the work we’ve been able to do with our partners Jason and Helen.”

Bai and Reitman co-wrote the film with former Hillary Clinton press secretary Jay Carson. Reitman and Helen Estabrook produced the film through their Right of Way Films banner in partnership with BRON Studios’ Aaron Gilbert, who are backed by Creative Wealth Media.

The announcement was made by Michael Helfand and Joe Matukewicz, Co-Heads of Sony Pictures Worldwide Acquisitions, and Aaron L. Gilbert, President & CEO, BRON Studios, which produced and financed the film.