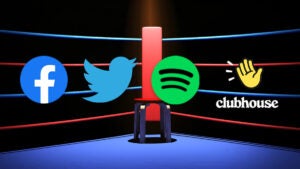 The top editor of the Budapest-based Nok Lapja, which published Navai’s profile of the “Black Widow” star on June 15, told TheWrap that it has severed all ties with the journalist after an investigation found that she had lifted quotes from other sources and repurposed quotes from previous interviews.

“We will inform our readers about the incident and apologize to all parts concerned for the inconvenience,” Nok Lapja’s editor-in-chief Virag Vass told TheWrap. “Since the case we terminated our cooperation with Anikó, who has brought a number of quality materials to our paper so far, but this time she has obviously made a serious mistake.”

In an email to Johansson’s publicist reviewed by TheWrap, Navai admitted she lifted a short quote from a November 2020 ScreenRant story about the Budapest shoot of “Black Widow,” without attribution, and that she recycled material from past HFPA interviews with Johansson about her life and career. (In fact, ScreenRant’s quotes about Johansson’s work on the Budapest set of “Black Widow” were credited to a companion book called “Marvel’s Black Widow: The Official Movie Special Book.” TheWrap has reached out to publisher Titan Comics for comment.)

However, Navai never disclosed her use of previously published material in her story, instead touting her longtime relationship with Johansson and saying she had interviewed the actress “at least twenty times” and “lived through her quick marriage and divorce with Ryan Reynolds” and other events in the star’s life.

Reps for Johansson, who has been an outspoken critic of the HFPA urging Hollywood to take a “step back” from the Golden Globes organization, confirmed that they denied all “Black Widow” interview requests from HFPA members, including Navai.

When reached for comment, Navai defended her story. “Any journalist reserves the right to revisit past interviews, statements, transcripts and notes for any story,” she told TheWrap. “The article clearly is a reflection on my time interviewing Scarlett over the years and my comments on her career path. Any Hungarian reading that article knows it as a feature piece based on all my prior work.”

Navai did not address her unattributed use of a quote from the companion book about the “Black Widow” shoot — which is a clear breach of journalism ethics.

Navai’s apparent deception about presenting a “new” Johansson interview extended to her publicizing of the story, which she promoted on her social media channels with an old photo of her with Johansson from a previous interview. In the picture, Johansson wears a yellow sweater and gold dangly earrings — the outfit the actress wore during the press junket for the 2019 drama “Marriage Story.” Navai did not respond to TheWrap’s additional request for comment.

Vass admitted that he was fooled by Navai’s story into thinking that she had nabbed a fresh interview with Johansson. “Anikó is constantly working on several international festivals and press events, she is a member of HFPA, she had a popular TV show with exclusive interviews for years from Hollywood,” he said, “so of course it never occurred to me that the interview with Scarlett might not have happened this time.”

The HFPA, which in May published a new Code of Professional and Ethical Conduct for its members that included “accountability” and a pledge to “not tolerate unprofessional or unethical conduct,” sidestepped questions about Navai and whether she might face disciplinary action.

“The HFPA does not maintain editorial control over the content of its members,” the HFPA board said in a statement to TheWrap. “Their publications and outlets are the decision makers on the news worthiness of individual stories. We would suggest any issues over an individual journalist’s story be directed to their outlet.”

According to the HFPA’s new code, though, any violation of professional standards could result in “disciplinary action, including a refusal of admission or ejection from HFPA events, and suspension or termination of membership.” 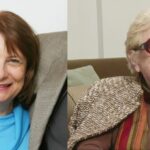 This is not the first time an interview was published about Johansson that never happened — in 2008, the U.K.’s Cosmopolitan published an article with the tagline “Why I HAD to get married!” which turned out to be fabricated.

It’s also not the first time an HFPA member faked an article about a celebrity: In 2018, former HFPA president Aida Tekla published an “interview” with Drew Barrymore in EgyptAir’s in-flight magazine that the actress’s reps denied had ever happened.

Johansson’s past experience with HFPA members led her speak out about the organization. “​​As an actor promoting a film, one is expected to participate in awards season by attending press conferences as well as awards shows. In the past, this has often meant facing sexist questions and remarks by certain HFPA members that bordered on sexual harassment,” the actress said in a statement to TheWrap in May. “It is the exact reason why I, for many years, refused to participate in their conferences. The HFPA is an organization that was legitimized by the likes of Harvey Weinstein to amass momentum for Academy recognition and the industry followed suit.”