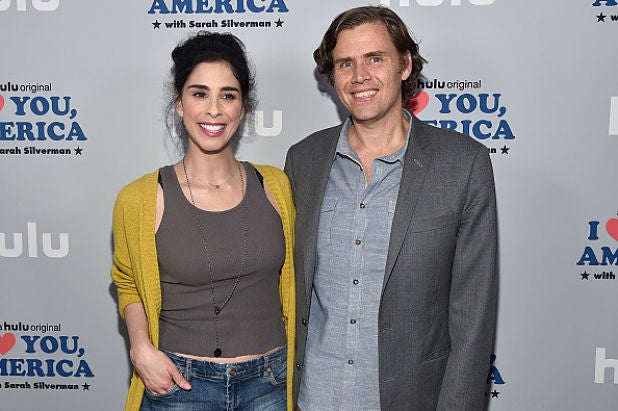 “I Love You, America” showrunner Gavin Purcell (pictured above with Sarah Silverman) has signed an exclusive producing deal with Universal Television for scripted and unscripted programming, the studio said on Wednesday.

In addition to Sarah Silverman’s Hulu series, Purcell has worked as a writer and producer on “The Tonight Show Starring Jimmy Fallon,” where he led on-air production, as well as the show’s interactive elements. Purcell was also a writer for the 62nd Primetime Emmy Awards.

“Gavin’s experience in late night and throughout the digital space adds a fresh creative voice to our slate as his talent for bridging genres and platforms makes him the perfect creator for today’s content landscape,” Meredith Ahr, president of alternative and reality group at NBC Entertainment, said on Wednesday. “We are all big fans of his work and can’t wait to have him as part of the Universal Television team.”

Purcell previously served as head of video at Vox Media, overseeing video production, development and strategy for all of Vox Media’s brands. He has won two Emmys for his work on “The Tonight Show.”

Silverman’s “I Love You, America” was canceled in January after just one season.

Purcell is repped by UTA and Hansen Jacobson.