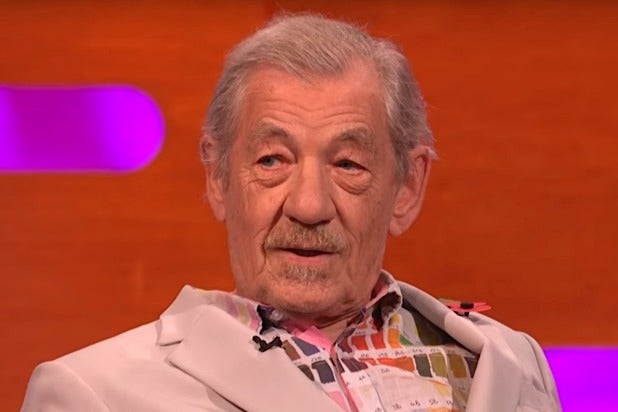 When asked about the state of the #MeToo movement, Ian McKellen said he thought the sexual misconduct that Kevin Spacey and Bryan Singer are accused of stemmed from them being “in the closet.”

“Most of them were in the closet. Hence, all their problems as people and their relationship with other people,” the British actor, who publicly came out in 1988, said on the QueerAF podcast. “If they had been able to be open about themselves and their desires, they wouldn’t have started abusing people in the way they’ve been accused.”

McKellen also wondered if any misconduct accusations might one day surface about him.

“Well frankly, I’m waiting for someone to accuse me of something, and me wondering whether they’re not telling the truth and me having forgotten,” he said.

The “X-Men” actor went on to say that whether Spacey or Singer should work again is “debatable.”

“I think that’s rather up to the public,” he said. “Do you want to see someone who’s been accused of something that you don’t approve of? Do you ever want to see them again? If the answer is no, you won’t buy a ticket, you won’t turn on the television. But there may be others for whom that’s not a consideration.”

McKellen worked with Singer on the “X-Men” films and with Spacey when the former “House of Cards” star was the artistic director of the Old Vic Theater in London.

Spacey is accused of groping and purchasing alcohol an 18-year-old boy at a bar in Nantucket in 2016, and he also faces other investigations into accusations of sexual misconduct in both Los Angeles and London. When accusations about Spacey first surfaced, he responded by coming out as gay, a move that was met with swift backlash.

Singer was accused in an expose in The Atlantic in January by four young men beginning in 2014. Singer has denied all wrong-doing and called the article a “homophobic smear piece.”