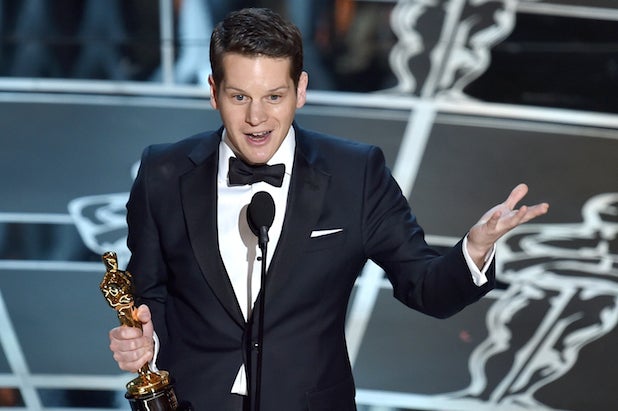 “The Imitation Game” writer Graham Moore got personal upon taking the Dolby stage to accept his Oscar for adapted screenplay.

Moore admitted he tried to kill himself when he was 16 years old because he felt like he was an outsider who didn’t fit in, which may explain how he did such a great job getting inside the head of gay mathematician Alan Turing in the film.

TheWrap is currently waiting on the Academy’s official transcript of Moore’s speech, but to paraphrase, the writer advised young viewers to “stay weird, stay different, and when it’s your turn to stand on this stage, pass on this message.”

Moore beat out Damien Chazelle for “Whiplash,” Jason Hall for “American Sniper,” Anthony McCarten for “The Theory of Everything” and Paul Thomas Anderson for “Inherent Vice.”

Moore’s win will likely represent the only win of the night for Morten Tyldum’s “The Imitation Game,” which was the Weinstein Company’s top awards contender this year.