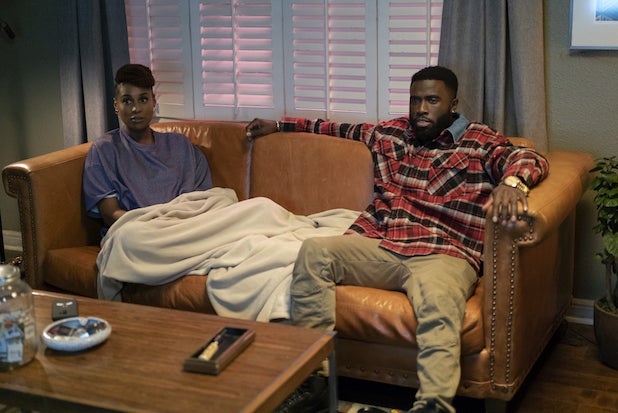 Warning: Spoilers ahead for Season 3, Episode 1 of “Insecure”

One of the most entertaining parts of “Insecure” is the series’ use of a show within a show every season — and this year, the writers are taking aim at TV networks’ incessant reboots.

“This season, we were just talking a lot about how much we love like ’90s black sitcoms, and obviously in the wake of ‘Roseanne’ and ‘Will and Grace’ and, you know, ‘Full House’ and all the shows they brought back, we just started having discussions too about like, why aren’t they rebooting any shows of color?” showrunner Prentice Penny told TheWrap in an interview ahead of the premiere.

Also Read: 'Insecure' Showrunner Tells Us Why Issa Didn't Rap in Season 3 Premiere -- And All About Her Lyft Driving

“So many of these shows made these networks what they are,” Penny continued. “They were all built on the backs of shows of color, and then once they get up and going, they don’t need us anymore.”

The result is this year’s show within a show spoof to follow “Conjugal Visits” and “Due North”: “Kevin,” a sitcom the “Insecure” writers created to exist in the universe and then be rebooted to tackle topical issues like the #MeToo movement, and Colin Kaepernick kneeling during the national anthem.

“So for us, it’s like, well if they’re not going to reboot ‘A Different World’ or ‘Moesha,’ or they’re not gonna reboot any shows of color, then let’s reboot our own show,” Prentice said. “So we created an original show and then did the reboot of that. So that was sort of our homage to all the shows of color.”