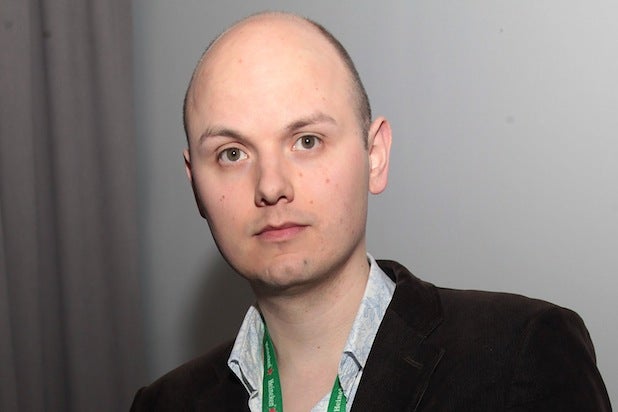 British filmmaker J Blakeson (“The Disappearance of Alice Creed”) is in negotiations to direct the sci-fi movie “The 5th Wave” for Sony Pictures, GK Films and Tobey Maguire’s Material Pictures, TheWrap has learned.

GK Films acquired rights to the projects back in March 2012 when it purchased a proposal for a young adult trilogy from author Rick Yancey. At the time, Sony was expected to co-finance and distribute, and that arrangement has since been finalized.

“The 5th Wave” follows a teenager who survives an alien invasion only to search for her brother, who may have been abducted by human-looking extraterrestrials. There’s also a romantic angle, as the heroine is helped by a boy who may also be an alien in disguise.

GK Films principals Graham King and Tim Headington will produce with Maguire and Matt Plouffe. Sony execsAndrea Giannetti and Hannah Minghella are overseeing the project for the studio.

Susannah Grant (“Erin Brockovich”) adapted Yancey’s novel, which was published in May by Penguin. The author’s previous young-adult novel, “The Monstrumologist,” was published in 2009 by Simon & Schuster.

That movie earned strong reviews, which led to Blakeson setting his planned follow-up, “Bad Blood and Trouble,” at MRC, where the project has been stuck in development despite drawing interest from Bradley Cooper.

Blakeson then nearly directed Benedict Cumberbatch in the upcoming Alan Turing drama “The Imitation Game,” which is now being made under the direction of Morten Tyldum (“Headhunters”).

Most recently, Blakeson signed on to direct “Wool,” based on the Hugh Howey’s self-published sci-fi series, for 20th Century Fox, though the project doesn’t appear to have picked up any momentum in the past year.

Sony believes in the potential of “The 5th Wave,” which would give Blakeson a fresh project to develop for another studio keen on working with up-and-coming filmmakers.