Janice Freeman, a contest from Season 13 of NBC’s “The Voice,” died Saturday from “complications of lupus and a bronchial infection,” the singer’s family announced on Facebook. She was 33.

“We are heartbroken to confirm the news that Janice Freeman unexpectedly passed on to a much more glorious incarnation yesterday,” reads the post on her official Facebook page. “Doctors believe a blood clot had formed in her lungs, which led to her quick demise.”

Freeman — whose health issues had included lupus, meningitis and cervical cancer — was at home in Pasadena with her husband Dion Saturday when she complained that she was having trouble breathing. He performed CPR until the arrival of paramedics, who transported her to the hospital, where she later was pronounced dead.

Freeman was on “Team Miley” in Season 13 of the NBC talent show and placed in the top 11. Cyrus posted a tribute to her on Instagram Sunday, saying, “Thank you @janicefreeman…for everything. This represents you perfectly.” 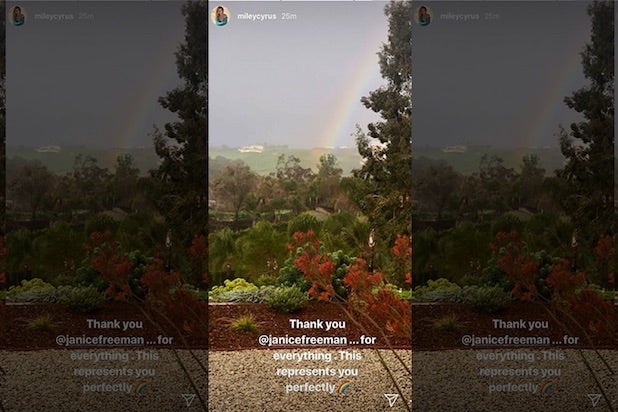 Also Read: Katherine Helmond, 'Who's the Boss' and 'Soap' Star, Dies at 89

Several months ago, doctors had inserted a port-a-cath to ease her ongoing lupus treatments, but her immune system continued to remain depressed, with even common colds threatening more serious repercussions.

“She struggled every single day,” Dion said. “She was constantly in pain – literally, for years – but was sure she would conquer it all. She just kept on fighting.”

Freeman is also survived by her 12-year-old daughter, Hannah.

Watch Freeman’s performance on “The Voice” in the clip below.