Just in time for Halloween: Your latest look at Jared Leto as The Joker in the upcoming “Suicide Squad” comes courtesy of Empire magazine.

On the new cover, the heavily made-up Leto is surrounded by the words “Psycho” and “Killer” — just in case you thought his might be a more cuddly version of the notorious DC Comics super villain.

The green hair is also perfectly in place, as are some newly revealed creepy tats — most notably the smile on the stomach. And yes, the cane matches the trench coat.

The magazine features quite a few more photos of The Joker as well as other cast members both in action and in portrait form. Will Smith is there as Deadshot, though you might not know it from the character’s completely covering getup.

Check out the other photos from the Warner Bros. film here as well as the Leto cover photo at the bottom on this post. 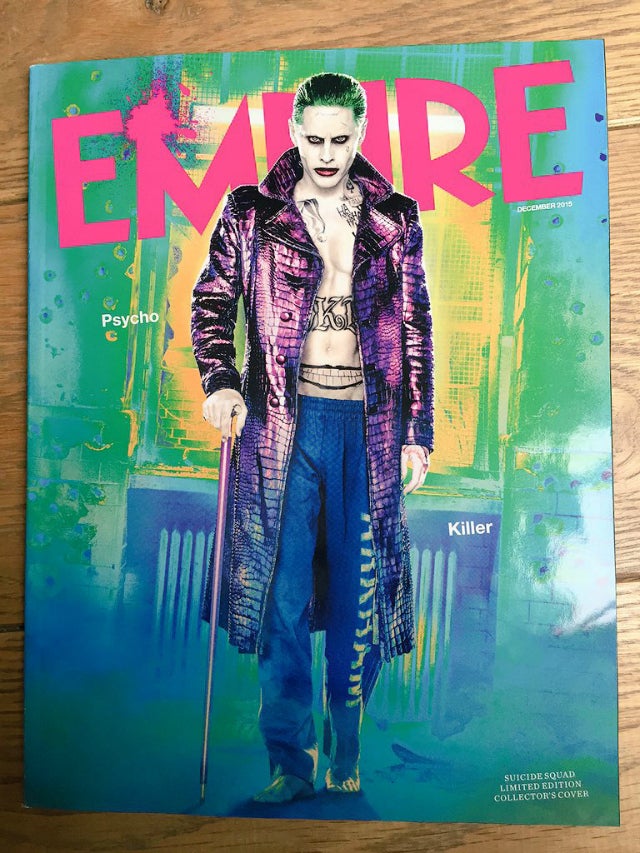