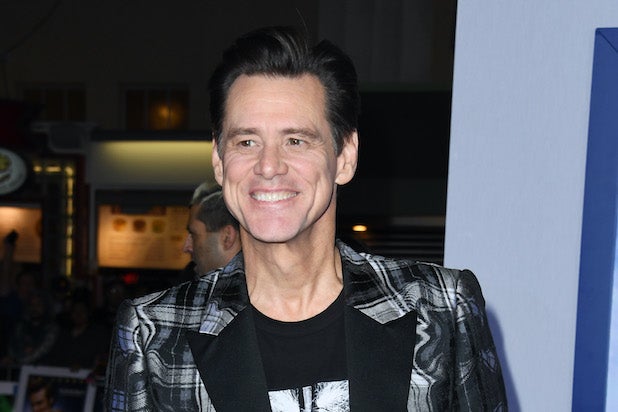 Jim Carrey’s latest anti-Donald Trump political cartoon has a transatlantic flavor, as he slams the COVID-19 response by both the president and British Prime Minister Boris Johnson by painting them as the infamous ghost twins in “The Shining.”

In the film adaptation of the Stephen King novel, supernatural forces of a man who killed his wife and children take over an aspiring writer vacationing with his family in the Colorado Rockies. While his young son is in a trance, the boy calls out “redrum,” which his mother soon discovers is the mirror image of “murder.”

Also Read: Lilly Wachowski Tells Elon Musk and Ivanka Trump 'F-- Both of You' After They Quote 'The Matrix'

Trump has been criticized for his handling of the COVID-19 pandemic since its beginning. Documentarian Eugene Jarecki last week launched a “Trump Death Clock” based on a New York Times editorial posted by a pair of epidemiologists that found that the number of deaths from COVID-19 in the U.S. could have been reduced by 60% had the White House implemented national social distancing protocols one week earlier than it did on March 16. The “death clock,” which was placed on a digital billboard in Times Square, shows 60% of the number of U.S. COVID-19 deaths and attributes it to the president’s neglect.

Johnson, meanwhile, was hospitalized and at one point placed in critical care after being diagnosed with COVID-19. But that hasn’t stopped a wave of criticism of his administration’s handling of the crisis in the U.K.. Medical experts have attacked Johnson for failing to provide hospitals with enough protective equipment as over 100 health workers have died of the virus. Meanwhile, a YouGov poll published this weekend showed that only 47% of Britons now approve of how Johnson is handling the crisis, compared to 72% on March 27.

This isn’t the first time Carrey has criticized Trump’s handling of the pandemic. A previous painting he made showed the Grim Reaper giving Trump the middle finger, with the “Sonic the Hedgehog” star saying that Death itself is “officially jealous of Trump and GOP’s ability to double the death toll.” He also criticized Fox News’ coverage of the pandemic with a painting that showed Trump supporters wearing blindfolds made of the cable news network’s logo and walking in front of a bus driven by Trump himself.