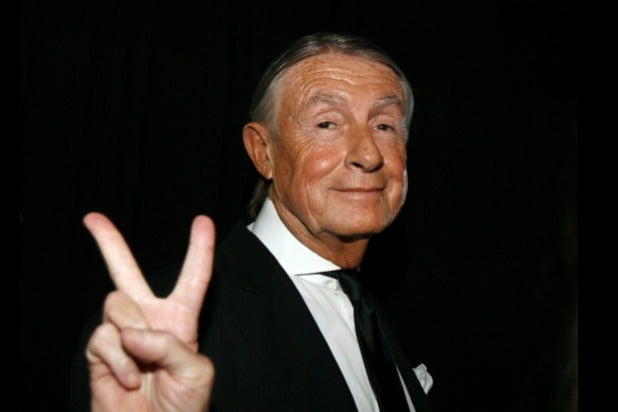 The late Joel Schumacher was remembered by film stars upon news of his passing on Monday, reflecting on his career that included hit films like “Lost Boys” and “Flatliners.”

One actor who starred in both of those films, Kiefer Sutherland, said that Schumacher’s “joy, spirit and talent will live on in my heart and memory for the rest of my life” and that “his mark on modern culture and film will live on forever.”

Patrick Wilson, who starred in Schumacher’s adaptation of “The Phantom of the Opera” in 2004, noted that Schumacher “started the careers of many. Too many to name.” Along with casting Wilson and Sutherland in some of their first film roles, Schumacher also helped launch the careers of stars like Colin Farrell in “Phone Booth” and Matthew McConaughey in “A Time to Kill.”

“This breaks my heart. I treasured my time with Joel. The laughter. The wisdom. The karaoke.  Both he and Mike Nichols believed that about 80% of what they did was casting,” Wilson tweeted. “Such a diverse and fearless resumé. Rest In Peace.”

In a series of all-caps tweets, “Lost Boys” star Corey Feldman said that Schumacher tried to stop his “descent” into drug addiction. While Feldman previously revealed that he and co-star Corey Haim had been sexually abused during the filming of “Lost Boys” he insisted that Schumacher was unaware of the incident and that he did “sense a deep pain in me.” When Feldman came forward with his abuse in the documentary “My Truth: The Rape of 2 Coreys,” the actor says that Schumacher sent him emails of support and continued to do so until his death.

“Joel not only took a chance on me, he fought for me,” Matthew McConaughey told Variety. “Knowing the studio might never approve a relatively unknown like myself for the lead in ‘A Time to Kill,’ he set up a secret screen test for me on a Sunday morning in a small unknown studio because as he stated, ‘Even if you do great, you may not get the part, so I don’t want the industry to ever think you screen tested and DID NOT get the job.'”

Some also reflected on Schumacher’s impact on cinema, particularly his range of genres and his status as an openly gay filmmaker.

“Joel Schumacher has one of the most interesting catalogues of any director,” wrote Vulture’s Film Crit Hulk. “80’s genre staples, ostentatious cartoony studio fare, gritty blips, dysfunctional dips, and little gems like ‘Tigerland.’ He even did Phantom. He was also courageous and openly out for most of his career. The thing I always loved about watching his work is that, for better or worse, it could tonally go anywhere at anytime for any reason, and there was always a little thrill to that.”

“I distinctly remember feeling hopeful when I learned he was gay and out, and that there may be a place for me yet,” actor Bryan Fuller tweeted. “His visibility mattered, nipples and all.”

Here are a few others who paid tribute:

Joel Schumacher has passed away. He saw deeper things in me than most and he lived a wonderfully creative and heroic life. I am grateful to have had him as a friend. pic.twitter.com/7kOeJ96rL8

RIP, Joel Schumacher. I met him on the set of the ill-fated Batman & Robin and he couldn’t have been nicer or more hospitable (and the man looooved to gossip). The Incredible Shrinking Woman was an early cable TV classic for me and I loved St Elmo’s Fire, The Client and Flawless. https://t.co/lqs14WPhTm

I am in tears learning of Joel Schumacher's passing. He was a force. He was one of kind. Creative. Intense. Passionate. He played a huge part in the shaping of my life. I don't have the right words right now.

RIP Joel Schumacher. Why is his (and Michael Douglas') estimable Falling Down so underseen today?

I haven't seen Joel Schumacher for many years. He was a nice man.
He was a practical joker for sure.
He'll be missed.