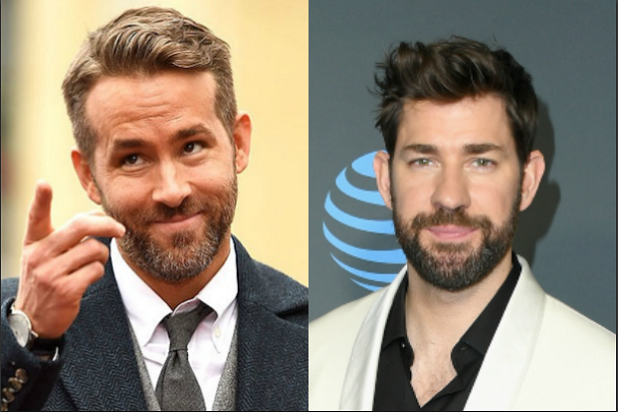 Ryan Reynolds and John Krasinski are teaming up for a comedy titled “Imaginary Friends,” for which Paramount Pictures is in negotiations.

Many other studios were part of a heavy bidding war for the feature; if the deal goes through, Krasinski will also be writing, directing and producing.

“Imaginary Friends” will follow a man who can see, and talk, to people’s imaginary friends. However, some of these friends don’t always mean well, and Reynolds’ character has to save the world from those friends that turn evil.

Also Read: Will Ferrell and Ryan Reynolds' Musical Take on 'A Christmas Carol' Heads to Apple

This is Reynolds’ second package to sell in a bidding war this month. Last week, Apple acquired the rights to a musical adaptation of “A Christmas Carol,” which will star Reynolds and Will Ferrell.

He will next star in Michael Bay’s “6 Underground” as well as Shawn Levy’s “Free Guy.” He is represented by WME and Vision PR.

Krasinski is represented by WME and ID PR.