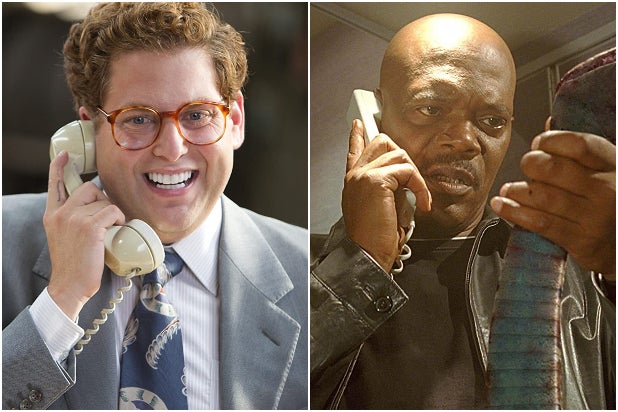 No f—ing joke, a new study showed that Jonah Hill has overtaken Samuel L. Jackson as the actor who has uttered the most damn swear words in movies.

An analysis from the research group Buzz Bingo called “Profanity On Film” said that Hill has used bad language 376 times in his movies while Jackson has only used swear words 301 times in his films, landing him at just third place overall.

Hill took the top spot in large part because of his role in Martin Scorsese’s 2013 film “The Wolf of Wall Street,” which the report says is the most profane movie in terms of language ever, with offensive language used over 700 times.

Hill’s onscreen co-star in that film, Leonardo DiCaprio, also surpassed Jackson, with the report tallying 361 uses of bad language. And it was DiCaprio’s character, Jordan Belfort, that the study says is the most profane of any film character, even surpassing characters from some of Scorsese’s other profane classics like “Casino.”

Jackson however makes his swear words count. Hill was also considered most profane in another metric that looked at how many swears they used per thousand words. Hill used a swear 22.9 times for every thousand words he spoke, whereas Jackson only did 6.9 times per thousand.

Ranked just behind Jackson is Adam Sandler, who rose in the ranks thanks to his performance in last year’s “Uncut Gems,” which the report tallied as the second most profane movie. Other actors who made the list included Denzel Washington, Billy Bob Thornton, Seth Rogen, Bradley Cooper and Danny McBride.

Also Read: Jonah Hill Gets Real About His Fluctuating Weight: People Said 'I Was Fat and Gross' (Video)

While none were as profane as “The Wolf of Wall Street,” other films to make the list that parents should probably avoid having their kids watch include “Jay and Silent Bob Strike Back,” “Fury,” “Straight Outta Compton,” “Summer of Sam” and Gary Oldman’s “Nil By Mouth,” which proportionally had the most swears, or more than 41 per 1000 words spoken.

Buzz Bingo’s report analyzed freely accessible scripts from 3,565 movies, and a list of words that were considered offensive were compiled from an Ofcom research report. The scripts were then split according to characters’ lines and counted for swear words used by each character and ranked against the number of words in the entire script.

You can check out the full results of the f—ing study here.