The remainder of Justin Bieber’s US Justice Tour shows have been postponed as the singer continues to recover from Ramsay Hunt syndrome, which has partially paralyzed half of his face. The news was announced Thursday by Summerfest, the two-day Milwaukee festival where Bieber was scheduled to perform next Friday.

The statement from Bieber’s tour promoter AEG Presents, reads, “In light of Justin’s ongoing recovery, the remaining US Justice Tour shows scheduled for June and early July, including at Summerfest at the American Family Insurance Amphitheater in Milwaukee, WI on Friday, June 24, 2022 will be postponed.”

The postponed dates also include July 2 and July 3 shows at the Los Angeles Forum. 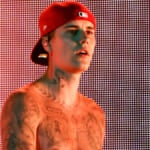 Bieber shared his diagnosis on Instagram last week. In a video, he demonstrated how the rare neurological disease has affected him. “For those who are frustrated by my cancellations of the next shows, I’m just physically obviously not capable of doing them,” he said.

Monday and Tuesday shows that were scheduled for Madison Square Garden were already put on hold because of his medical condition.

He still plans to keep his non-U.S. dates, according to the statement from AEG: “Justin continues to receive the best medical care possible, is upbeat about his recovery, and is looking forward to getting back out on the road and performing for his fans overseas later this summer.”

His international tour is scheduled to begin in Lucca, Italy, on July 31. Dates for Sweden, Brazil, Argentina and several other countries are still listed on his official site. The tour is currently slated to end on March 25, 2023 in Krakau, Poland.