Kanye West came in for swift and massive criticism after tweeting out his desire to see the repeal of the 13th amendment, which outlawed slavery in the United States after the Civil War. “Ye is truly an idiot,” wrote journalist Soledad O’Brien.

The backlash was over West’s Sunday post of him in a MAGA hat with a caption that read: “This represents good and America becoming whole again. We will no longer outsource to other countries. We build factories here in America and create jobs. We will provide jobs for all who are free from prisons as we abolish the 13th amendment. Message sent with love.”

It’s unclear exactly what West meant in calling for the abolition of the 13th amendment. A rep for the singer did not immediately respond to request for comment from TheWrap.

Response instead came from outraged Twitter users, with stars like Michael Rapaport, Chris Evans and Soledad O’Brien ripping into West.

Chris Evans got personal in his criticism, writing, “There’s nothing more maddening than debating someone who doesn’t know history, doesn’t read books, and frames their myopia as virtue.”

And things went from there. 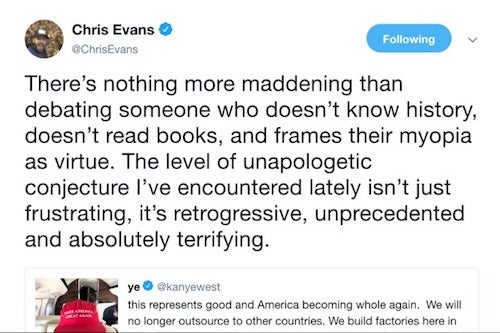 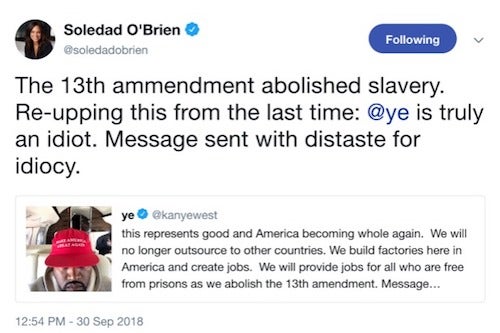 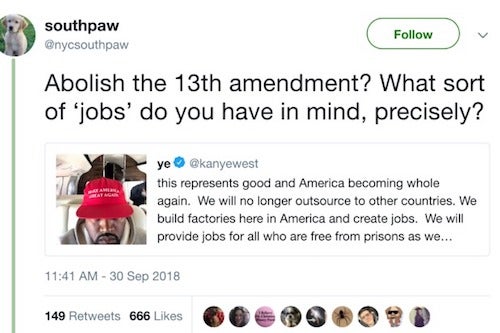 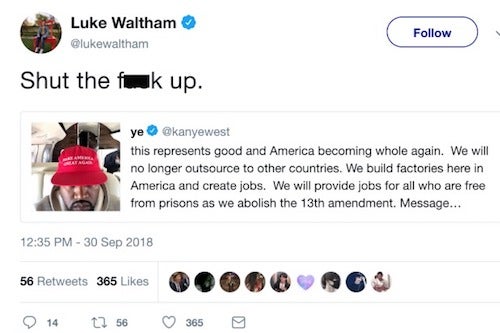 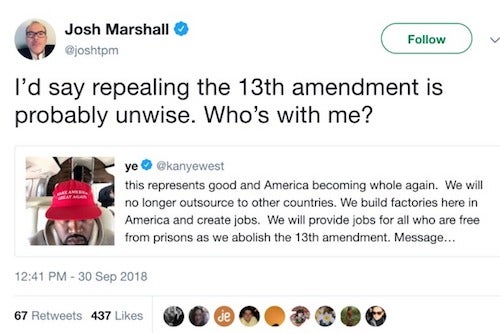 It’s not the first time West has raised eyebrows for remarks about slavery. Back in May, he told a stunned TMZ newsroom that African slavery in the United States sounded like a “choice.”

“When you hear about slavery for 400 years … For 400 years? That sounds like a choice,” he told interviewers. “You were there for 400 years and it’s all of y’all. It’s like we’re mentally imprisoned.”

West may have been returning back to Los Angeles home after appearing on “Saturday Night Live” in New York City. While there, he was booed by audience members for defending Trump in an impromptu rant delivered after the show concluded early Sunday morning.