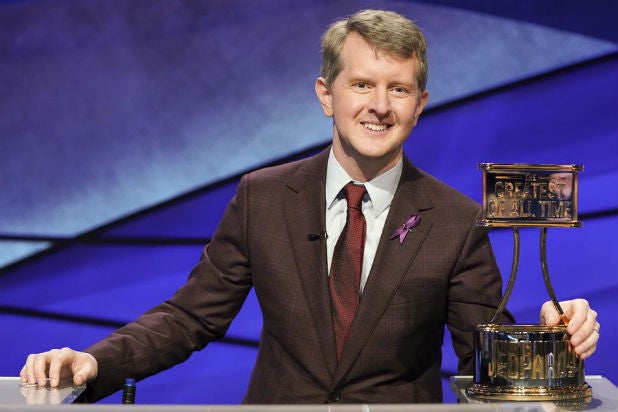 It’s settled — Ken Jennings is officially the greatest “Jeopardy!” player of all time.

Jennings takes home $1 million in prize money and the ultimate title of “The Greatest of All Time.”

On Tuesday, he beat out highest single-game earnings record holder James Holzhauer and highest all-time earnings-holder Brad Rutter in the fourth match of “Jeopardy! Greatest of All Time,” which has been airing during primetime hours on ABC since last Tuesday.

“It has taken eight years for Ken Jennings to answer the question — Is he as good as that run on ‘Jeopardy?'” host Alex Trebek said.

Holzhauer and Rutter each got $250,000 as a consolation prize, even though Rutter didn’t win any games in this tournament.

Jennings, an Edmunds, Washington native, can now add the “GOAT” title to his record for most consecutive games won on the trivia show in regular season play, which he earned in 2004 by winning 74 matches in a row.

Jennings came in hot to the special tournament, winning the first round that aired on Jan. 7. Holzhauer won round two the next night, but on Thursday, Jennings won again. Rutter did not win any games — making it the first time he has ever lost to a human opponent.

But of course, the tournament couldn’t end without some friendly jabs between the competitors, who are known for razzing each other on Twitter.

Also Read: How 'Jeopardy! Greatest of All Time' Came Together at ABC

Earlier on Tuesday’s episode, Holzhauer made a joke at Rutter’s expense that made Jennings and Trebek chuckle.

As Trebek explained that their scores were being erased from the boards, Holzhauer and Jennings’ were wiped from the the 30,000 and 60,000 range, while Rutter’s stayed at zero… where it already was.

“Wow,” Jennings said with a laugh, which was echoed the rest of the audience.

“It’s gotten to be that kind of competition, hasn’t it?” Trebek said with a smile. Watch the clip below.

If you thought daily doubles were hard on Brad Rutter, listen to what James Holzhauer says #JeopardyGOAT pic.twitter.com/HGwNAStKov