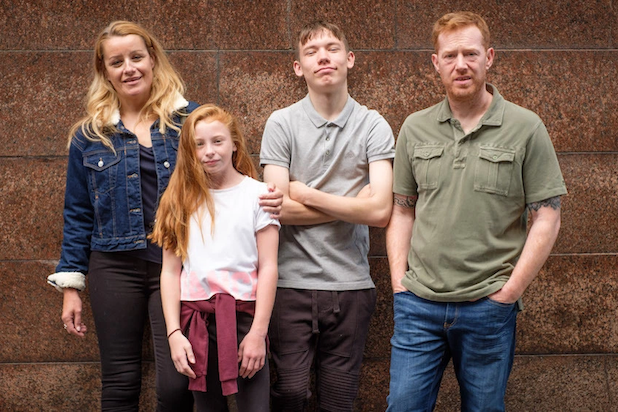 “Sorry We Missed You,” Ken Loach’s follow-up to his Palme d’Or winning “I, Daniel Blake,” has been acquired for U.S. theatrical release by Zeitgeist Films in association with Kino Lorber, the distributor announced on Tuesday.

“Sorry We Missed You” premiered at this year’s Cannes Film Festival and will make its North American debut at TIFF early next month. Zeitgeist is also planning a release for the film in New York on March 6, 2020, followed by a national rollout, as well as on VOD and home video release via Kino Lorber shortly after.

The film reunites the “Kes” and “The Wind That Shakes the Barley” director Loach with his “I, Daniel Blake” team, including writer Paul Laverty and producer Rebecca O’Brien on behalf of Loach’s company Sixteen Films.

“Sorry We Missed You” is a British working-class drama about a family that has struggled financially since the 2008 financial crash. Ricky, the father of the family, is given a second chance as a self-employed delivery driver when he lucks into a shiny new van.

“We can’t think about workers in the ‘gig’ economy the same way as we did before we saw ‘Sorry We Missed You.’ We believe this brilliant movie will be a life-changing experience for anyone who isn’t already living it,” Zeitgeist co-presidents Nancy Gerstman and Emily Russo said in a statement.

“Sixteen Films are delighted that Kino Lorber and Zeitgeist Films have picked up our film ‘Sorry We Missed You’ for distribution in the U.S. We are hopeful that Zeitgeist’s skills as a specialist boutique operation will help the film reach a politically engaged audience that will take our story of modern working lives beyond the art house,” Sixteen Films co-founder and producer O’Brien said.

The sale of “Sorry We Missed You” was negotiated by Kino Lorber SVP Wendy Lidell and Eva Diederix, head of international sales of Wild Bunch International and CAA Media Finance. eOne previously claimed distribution rights in the U.K. and Ireland for a 2019 release.