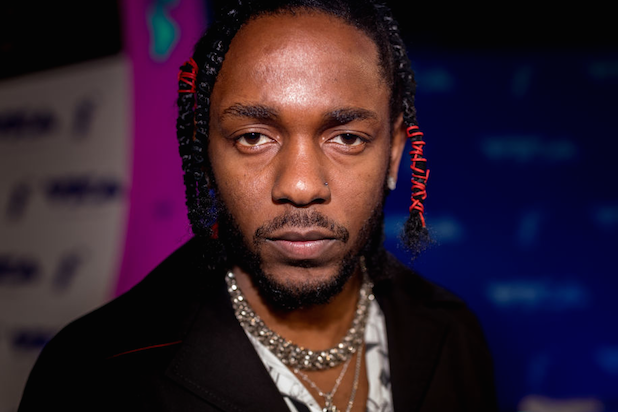 Kendrick Lamar is going to appear on “Power” tomorrow, and at the Television Critics Association press tour on Saturday, showrunner Courtney Kemp explained how and why that casting came about. And no, it wasn’t because they wanted a big name to show up on the Curtis “50 Cent” Jackson-executive produced Starz drama.

“Um, no there are no guest stars like that,” Kemp told reporters when asked if they were planning on bringing on any more well-known names. “That wasn’t even the plan. The plan was not a guest star.”

“What happened was [50 Cent] was like, ‘Kendrick had mentioned he wanted to be on the show,'” Kemp said. “And then I got on the phone with Kendrick and said, ‘What do you want to play?’ ‘Cause that’s my favorite thing to ask an actor. ‘What do you want to do that you’ve never done before?’ That’s my favorite question. And then he said, ‘You know, I’d like to play’ — well, he didn’t say ‘drug addict,’ but he used a different word [laughs]. But so then we created the character Laces.”

“We had already broken part of the season, and we were always going to have 50’s character [Kanan] use someone else to kill a bunch of ‘tinos,” Kemp said. “So those two things came together very naturally. We already had the idea in place. And then Sophia Derry wrote this incredible script and this incredible character in Laces for Kendrick to play. And he showed up to win, you know?”

Kemp went on to explain that it wasn’t the idea of wanting big guest stars or “trying to get more eyeballs” to watch the show. “It was much more about, here’s an artist that we respect and he wants to come play in our sandbox, let’s give him the best quality sand, buckets and shovels we can,” Kemp said. “Let’s all get in there, yeah let’s play. We love to play here, you know?”

So are we going to see more of Lamar on “Power”? “I can’t tell you that before the episode airs!” Kemp told the reporter who dared to ask the question. “Why would I tell you that?”

Earlier this week, Starz announced Lamar would appear in a guest role opposite 50 Cent in the Starz Original series. The episode will air on July 29 at 8 p.m. and will be available for download and streaming on the Starz app as well as Starz on Demand.

“Kendrick is a once in a generation talent and Courtney, 50 and I felt it would be exciting to create a role for him in ‘Power,'” said executive producer Mark Canton in a statement. “Everyone involved is thrilled to have him join the family.”

“Power” returned with its fifth season on July 1. “Power” was created by Kemp, who executive produces alongside 50 Cent, Mark Canton, Randall Emmett and Gary Lennon. The show is also produced by G-Unit Films and Television, the production company launched by 50 Cent, and Canton’s Atmosphere Entertainment MM.

The drama follows the Manhattan lifestyles of the rich and the infamous, as well as the world of international drug trade. Omari Hardwick leads the cast, with Joseph Sikora, Naturi Naughton and Lela Loren rounding it out.