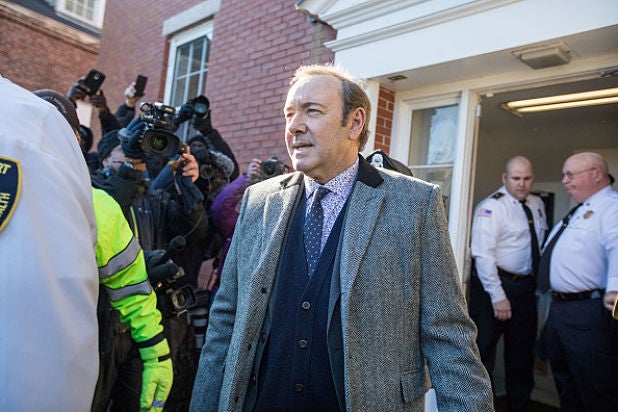 Kevin Spacey was questioned by the U.K.’s Scotland Yard in May over sexual assault accusations the actor faces in the U.K., the Independent reported on Saturday. The interview took place in the United States.

He was not arrested, nor was Spacey specifically named in a statement. London’s Metropolitan Police officials have consistently identified Spacey by name in its investigation.

“In May 2019, a man was voluntarily interviewed under caution in America, by officers from the Met’s Complex Case Team,” the Metropolitan Police said. “He was not arrested. Inquiries are ongoing.”

“Under caution” here means the person was read his or her rights.

Spacey’s attorney did not immediately respond to TheWrap’s request for comment; the actor has consistently denied criminal wrongdoing. A voicemail left with the Metropolitan Police Department has not immediately been returned.

The former “House of Cards” star was artistic director of London’s Old Vic theater from 2004-2015. On Oct. 31, 2017, the theater announced it was opening a confidential email tip line for employees and associates of the Old Vic to file any complaints about Spacey’s behavior while running the theater, promising that “any experience shared will be treated in the utmost confidence and with sensitivity.”

By Nov. 16, the Old Vic had found 20 cases of “inappropriate behavior” by Spacey. Read more about the theater’s findings here.

Variety was the first to report Spacey’s questioning by Scotland Yard.