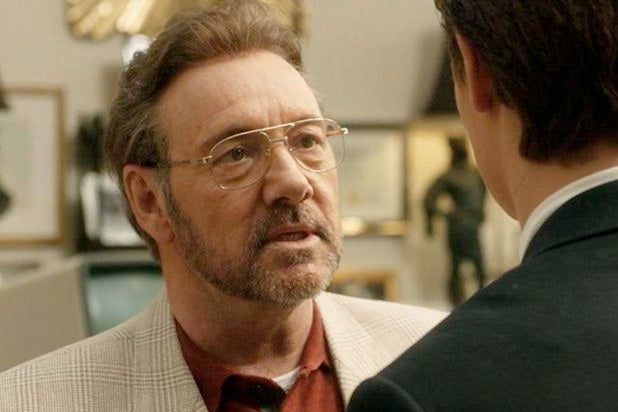 It’s by far the worst opening of Spacey’s career, which peaked in 2006 with the $52.5 million debut of “Superman Returns.” His new crime drama earned just $126 on opening day from eight locations, and grossed $287 from 10 screens in its first two days in theaters.

Filmed in 2015 and released with no publicity following a VOD release last month, “Billionaire Boys Club” was one of Spacey’s final projects before he was hit with more than two dozen sexual misconduct accusations last fall.

Actor Anthony Rapp was the first to come forward, others followed, including members of the crew of the Netflix show “House of Cards” and by anonymous accusers who called a hotline set up by London’s Old Vic Theatre, where Spacey was artistic director for 11 years. Spacey is now under investigation by Scotland Yard for six of those accusations.

As for “Billionaire Boys Club,” Vertical Entertainment said in a statement in June that it would move forward with the film’s release, noting that Spacey had only a supporting role. The film also stars Ansel Elgort, Taron Egerton, Billie Lourd and Emma Roberts.

As TheWrap exclusively reported, Vertical sent up “Boys Club” as an iTunes exclusive on July 14, with limited theatrical to follow on August 17. There were glimmers of hope, as the ensemble drama about prep school boys executing a ponzi scheme sat in the iTunes store top 30 for weeks, charts revealed, alongside titles like “The Greatest Showman” and “A Quiet Place.”

Also Read: Kevin Spacey's 'Billionaire Boys Club' Dumped on Just 10 Screens - Probably Not at a Theater Near You

The film, directed by James Cox, tells the true story of a group of trust fund boys in ’80s Los Angeles who run a Ponzi scheme to make their own money and create a lavish lifestyle for themselves. But when a con artist named Ron Levin — played by Spacey — swindles them out of $4 million, the club soon turns to murder to get their money back.

The film has been panned by critics with a 11 percent Rotten Tomatoes score.