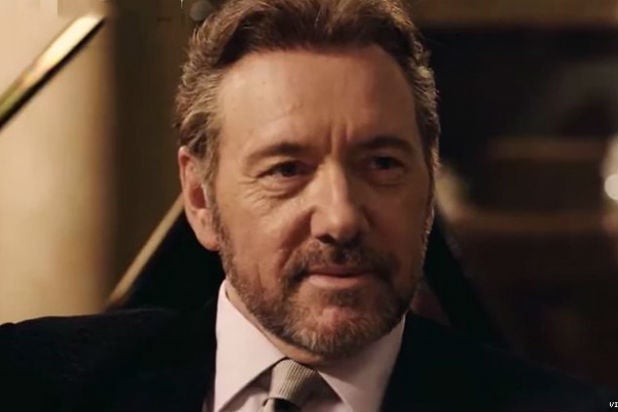 Disgraced Hollywood star Kevin Spacey’s film “Billionaire Boys Club” will get a theatrical release this summer, despite his exile from the entertainment community, the film’s distributor told TheWrap on Monday.

The film, which was shot before Spacey’s #MeToo scandal hit last November, will see a digital and VOD rollout on July 17 followed by a limited theatrical run beginning Aug. 17. It’s fate in North America was up for debate last week after an international trailer from Malaysian distributor TGV Pictures hit the web.

“We hope these distressing allegations pertaining to one person’s behavior — that were not publicly known when the film was made almost 2.5 years ago — do not tarnish the release,” a statement to TheWrap from indie distributor Vertical Entertainment said.

“We don’t condone sexual harassment on any level and we fully support victims of it. At the same time, this is neither an easy nor insensitive decision to release this film in theaters, but we believe in giving the cast, as well as hundreds of crew members who worked hard on the film, the chance to see their final product reach audiences,” the statement continued.

Spacey was fired from his Netflix series “House of Cards” and written out of the show’s upcoming final season.  He was also entirely replaced in the completed Ridley Scott film “All the Money in the World”  by actor Christopher Plummer, after Spacey was accused of sexual assault and misconduct by numerous men (many of whom reported they were underage at the time of the incidents).

“In the end, we hope audiences make up their own minds as to the reprehensible allegations of one person’s past, but not at the expense of the entire cast and crew present on this film,” Vertical Entertainment concluded.

“Billionaire Boys Club” stars some of the biggest names in young Hollywood, including Ansel Elgort, Taron Egerton, Emma Roberts and Billie Lourd. It was co-written and directed by James Cox. It’s based on a true story about a group of Los Angeles private school boys who set up a Ponzi scheme in the ’80s, a path that ultimately led to murder.

The conceit was originally made into 1987 TV movie starring Judd Nelson and Ron Silver.